Uprising: How a Spectrum of What It Is to Be Asian Shaped Aneeza Arshad's Creativity

The art director at McCann Hong Kong reflects on a multicultural upbringing that once had her cowering in shame but now has given her the impetus to succeed, writes LBB’s Natasha Patel 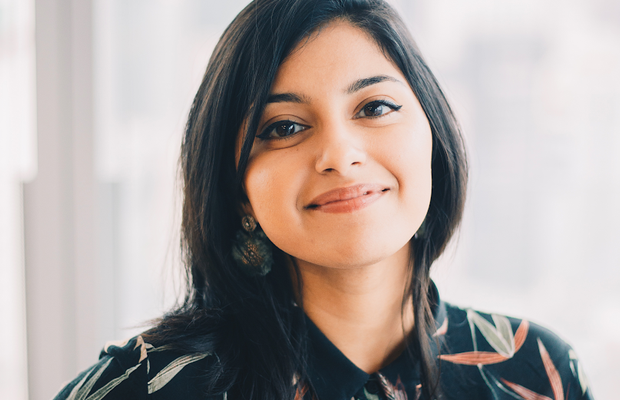 For Aneeza Arshad implementing multiculturalism and diversity into creative work is one her main goals as art director at McCann Hong Kong. Delving deeper into her upbringing and childhood it is not hard to see why that’s so important for her. The creative calls herself a ‘Contemporary Desi’, which she jokes sounds like “a South Asian restaurant that tries to fit every type of cuisine on their menu – but that’s what it feels like”.
She adds: “I see myself as the menu that serves a banging biryani with a side of miso soup. And that’s what I want to see and produce in the world: a mash up of multiculturalism and diversity.”
Aneeza is of Pakistani origin but was born in Hong Kong and grew up in Japan. She calls her childhood “privileged” in Pakistani terms and after attending a school in Glasgow where soggy shoes and being called a “P**i” were the norm, she found she didn’t know where she belonged. But Aneeza is an optimist and upon reflection looks at the constant moves as helping her being able to adapt to any situation she was thrown in.
Experiencing what Aneeza terms a “spectrum of what it is to be Asian” and only speaking Urdu at home left her feeling “uncultured” and self-conscious of her ethnicity. She explains: “I didn’t embrace the beautiful culture I was born into because it wasn’t “normal”. I find it shameful that I was embarrassed of where I came from. Embarrassed to open my lunch box and fill the room with ‘smelly curry’. Embarrassed to wear our traditional clothes, shalwar kameez, outside the house.
“I’ve always been an outsider and I know wherever I go, I always will be. I’ve only lately learned to treat it more as an asset than a con. I realised that the more I say ‘I don’t know’, the more exchanges of information and cultural references we have. And I think that’s a beautiful way to learn and grow.”
Her childhood had a lasting impact on the shape of her life and as someone who calls themselves “an observer”, watching her mother as the school photographer spurred her on to study photography at Savannah College of Art in Design in Hong Kong. Three years into the course Aneeza switched her major to advertising and kept photography as a minor. Looking back on those years and being part of what she terms a creative community allowed Aneeza to be the most inspired she had been in her life while also providing a sense of belonging.
The years of studying led to a role with McCann Hong Kong as part of their Cathay Pacific Central Team where Aneeza’s first ever project was on the launch of Betsy Beer, a beer crafted for the skies. Those early days had a buzz of excitement and the feeling of diving into a family, but also taught Aneeza an important lesson: “humility is more attractive than being a know-it-all”.
A few years into the industry and Aneeza’s biggest challenge at work is working towards ideas that have “meaning and the potential to drive real change” and not constantly being sucked down the “award winning path”.
She looks at the industry now and finds that in terms of inclusivity and a multicultural representation of talent, more can be done. Aneeza explains: “I feel there are not enough diverse voices at the table that allow us to experience this. Just one example: there aren’t enough people like me that show what it means to be a South Asian female working in an industry that requires us to stay always-on, and trying to follow these unspoken rules of what it means to be a good creative. We need to embrace the differences and how that translates into our working environment.”
Despite having a colourful career to date she reveals that experience has taught her that advertising is “not made for people that come from a conservative background like mine” and that the balance of expectation from families and the strive for excellence can be tough in the creative industry.
It's no surprise then that Riz Ahmed is Aneeza’s favourite creative individual and the stories he tells as an actor, musician and activist are ones that stick with her the most.
Outside of work, the art director is a keen photographer and can be found attending installations and exhibitions, but adds that it the medium of how the story is told isn’t as important to her, as the actual story. Naturally then it falls to Aneeza as a creative individual to tell us what her motivation and drive comes from finding and using the right platform to say the things that matter.

The Truth about Culture and Covid-19: Government's Handling of Pandemic and Rising Racism Concerns