The Nice Shoes editor speaks to Addison Capper about the rewarding nature of editing, the possibilities of longer format work, and exploring music licencing as a side gig 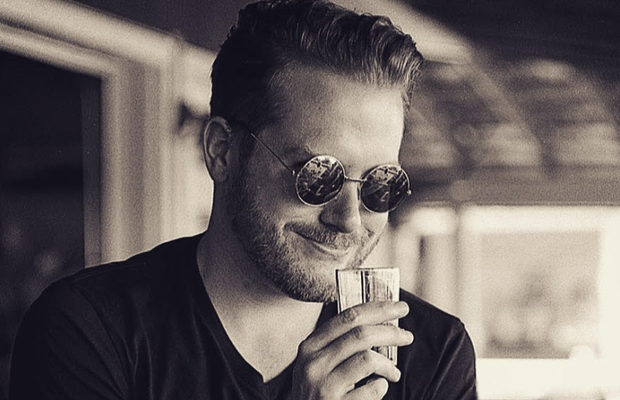 Dan Suter treats his profession somewhat like solving a puzzle.
“What I love about editing is the process of building a story,” he says. “Using all of the elements at your disposal, and the huge satisfaction that comes from connecting all of the pieces together in a way that feels right. It’s a puzzle - whether there is a clear direction or it’s something more abstract. And solving the puzzle is very rewarding.”
Nowadays a junior editor at Nice Shoes with the advertising industry firmly his career home, the beginning to Dan’s working life was more uncertain. He studied video production at Ithaca College but graduated in the very thick of the 2008 financial crisis, and was more looking for a foot in any door than being particularly picky with his path. He landed a gig as a PA for Entertainment Tonight, “which was a wild introduction to the New York media world”, but hadn’t really considered editing as a career up to that point. “But I knew a guy who was a commercial editor, and it seemed like a really cool job,” Dan says. “Eventually I got a tour of his office and thought ‘I want to work in a place like this’. Beginning with those experiences as a kid, and throughout college, I always loved the editing phase of a project. So it suddenly made sense to me that a career in post production was the way to go.”
He ended up working at agencies for a few years before he found a home at a post production company, and his first edit session with creatives was with creatives who were also his colleagues. “It was a bit rough,” he admits. “I’m introverted by nature, so learning to feel comfortable around people as they watch you work, that was a challenge. But that video was part of a successful campaign, and I got way more comfortable in those situations as time went on.”
Early on, Dan learned the importance of not pigeon-holing his profession too much. Even though his role at Nice Shoes is as a junior editor, he’s keen to be as multi-talented as possible and believes that the days of being hyper-specialised in commercial post production are numbered. “Artists in this industry have traditionally been very specialised. You’re an editor or a colourist or a VFX artist, etc.,” he says. “But it was easy to see that the industry was changing a lot, technology was more accessible and cheaper, so an upcoming artist would be expected to know more and do more in the future. For people in my generation, there’s no such thing as being just an editor anymore. Everyone is multi-talented, it seems.”
That filters through to his interest in new software and workflows that could influence and potentially streamline his work as an editor. “Editors always seem to have these intense love/hate relationships with software,” he says. “I’m most comfortable with Premiere but I’m starting to do more with Resolve - I love the idea of true all-in-one post-production software.”
He also notes the impact that Covid-19 has had on his industry, pushing remote solutions and cloud-based collaboration to the forefront of the process. “This is both exciting and a bit frightening in some ways,” he says, adding that he’s thankful for Nice Shoes, which has been a cloud-based studio for years, and the company’s willingness to change with the times. “There are inefficiencies in our industry, some of which can be overcome through emerging tech,” he adds. “But of course that also has downsides. There are already companies offering a sort of automated pipeline for post-production. Cloud computing and faster internet means many jobs can be outsourced around the world. I think this is mostly targeting very low budget productions for now, but we’ll see how this all pans out in the post-Covid world. It’s best to adapt rather than worry. Thankfully, Nice Shoes is staying ahead of these trends.”
A favoured project to date is one from 2020, an inspirational web series for fitness brand Spartan that really lent itself to a more drawn out, narrative approach to storytelling. “There’s a lot to love about it as an editor. The director, Sean Lyness, did an excellent job of capturing the elements needed to create the story for each episode, and the footage looks fantastic thanks to the DP Brian Henderson (and our colourist Phil Choe!). I was given a lot of freedom to craft the style and pacing of the show. Sean, the Spartan clients, and I were all very much on the same page, so it came together really well.
“I’ve cut doc-style branded content before, but this was a more advanced version of it,” Dan continues, “because I had to approach it from an episodic mindset. Which meant sticking to a basic structural formula, while finding ways to make each episode unique and let the personalities of the guests, and their stories, shine through in their own ways. When cutting marketing or advertising content, you don’t always have that level of creative freedom, or an end product that really has your stamp on it, or such unity between all of the parties involved. So it was just a great experience all around.”
Outside of work, music is Dan’s primary hobby, having spent a sizable chunk of his first decade in New York City playing in bands or tinkering with music by himself. Nowadays he’s into composing and releasing instrumental tunes and is exploring licencing possibilities as a little side hustle, which fits into his work as an ad industry editor.
“I’m driven mostly by creative passion,” Dan adds. “I want to make cool things with interesting people, and have that be a sustainable career. Who wouldn’t want that? Even though I’ve been at it for almost 10 years, it feels like I’m only just getting started.”