Colourist at MPC Shanghai on honing her craft, finding a problem-solving way to work and why a competitive nature can be a positive and a negative, writes LBB’s Natasha Patel 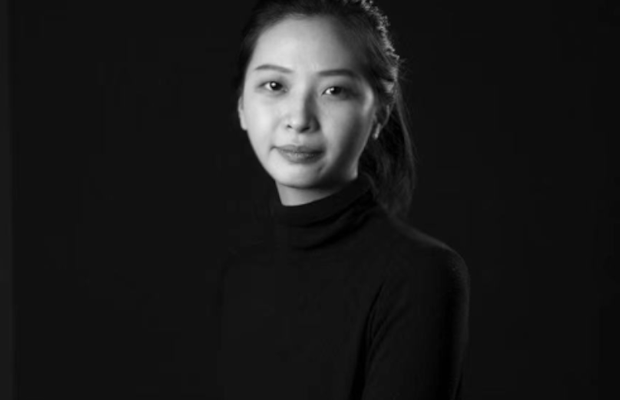 As a child who grew up experimenting with machines and software and who is a ‘nerd’ by her own admission, MPC Shanghai’s Agua Jiang was destined for a career that utilised her passions from an early age. She was always encouraged to try something new by her father, who at the age of 59 became an aircraft and 3D printing expert. “My dad often dreamt of being scientist or inventor and this year, at almost 60 years old, he became an expert of DJI aircraft and 3D printing. He embedded that curiosity and passion into my mind when I was little.”
That passion, plus a desire to succeed that saw her read Dickens and Victor Hugo at the age of seven, led Agua to move from Shanghai to London to study Film Studies. The move abroad helped widen her horizons when looking at projects. “I’m influenced by Asian culture mostly as that’s where my career really started. I have had the chance to familiarise with western culture and art through studying in the UK. This experience helped me often think in a different perspective.” Throughout her university experience, Agua did a philosophy course that blended with her passion for maths and physics and helped her approach projects from a new perspective.
“Weirdly I would say philosophy, math and physics help a lot to inspire in my field. Doing a job is like a process of mathematical or physics problem solving to me. Math is super exquisite and artistic to me. The idea of solving a math problem is to find the very essential solution and break it down into small pieces to find a smart way to solve it or connect to the result you need. ‘Discourse on the Method’ is my favourite book from Philosopher and Mathematician Descartes. There are some basic principle rules to solve problems, which inspired me to deal with problems both in work and life.”
After graduating Agua took up a role as a post production producer at Digital Domain, until a couple of years later where she decided to switch over to being a colourist. “The producer experience provided me with the knowledge of commercial post-production, which helped me find my desire for colour grading.”
From there, she didn’t go small but did her first project for one of China’s biggest online retailers, Tmall. “At the time, I’ve been practicing colour grading for two years but this was my first opportunity to create my own work. It was so exciting to apply my aesthetic knowledge and grading skills on a real job. The process was full of excitement and the young director Adam Liu, who has since become one of China’s most sought-after directors, gave me a lot of creative freedom.”
Agua is just a few years into her career so polishing up her skills is paramount for her at the moment. She was mentored by colourist Nikola Stefanović and spent time observing his skills and how he adapted grading to different situations. She also spends time reading and watching films to understand “the basic rules of art and aesthetics”, she says.. “The art of painting and cinematography also helped me to understand the principle of image, especially in lighting.“
She’s also learned from each director and DP she’s worked with and despite being fairly new to the business, Agua takes this in her stride. “The best thing I can do at the moment is to absorb as much knowledge as possible instead of pretending I’m already a master. I try to learn something from every job. I try to find something valuable from different points of view (even though sometimes I don’t agree).”
“I don't have a specific goal to achieve. I wish to be an artist who always produces beautiful work, a trouble-shooter who always knows how to deal with different problems, and a person full of curiosity. I think ‘the kind of person I want to be’ will lead me to what I will achieve.”
Despite being respectful of others opinions and understanding that projects are viewed from different perspectives, Agua admits that her frustrations in the industry come from people being “more utilitarian now”, she tells us. “If directors and artists think more about making money than doing good jobs, that would be very upsetting. And that would lead to a lack of creativity in the work. People in the commercial industry nowadays sometimes imitate other people’s work and obsess with sending reference video and pictures, instead of putting effort into making something interesting and fun, to make one job as close as possible to the reference seems more important right now.”
And while she values the competitive mindset for making work better, it can come with its downsides too. “A ‘winning the work at all cost’ mentality can devalue what we do. Clients and agencies need to show more trust in the abilities of the artist to make sound creative choices and suggestions.”
Now that Agua's experience is growing, she has a passion that she harnessed at a young age that she’d like to explore further. “When the time is right, I would like to make a documentary about Chinese prostitution in the future.” The inspiration came from walking past a “secret brothel'' on her way to school and witnessing girls sitting around watching TV all day. “I asked my dad what it was and he said that was a place for people doing massages, which might be accurate. I was very curious about those girls all the time.”
With such an inquisitiveness inside her, it’s no surprise that Agua’s motivation comes from her curiosity and knowing what she wants. “In my career I can be quite assertive, but I think this comes from a confidence in knowing where I would like to go with certain projects.”