Uprising: The Joy of Working in Advertising and Showing It off for Heath Sims and Nathan Pashley 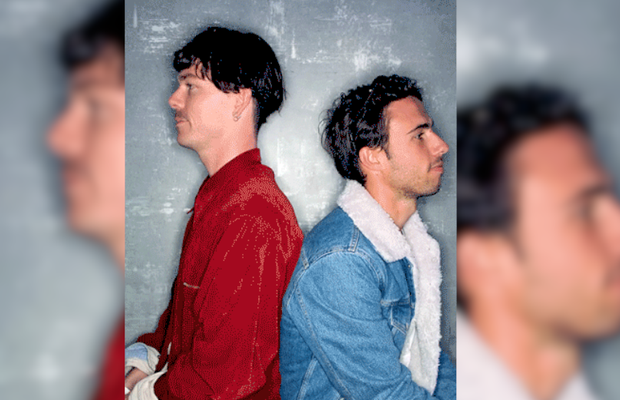 They say opposites attract and hearing about Heath Sims and Nathan Pashley’s partnership they’re a perfect example of how true this can be. The duo, now art director and writer at VCCP Sydney both grew up in the Northern Beaches of Sydney but were very different. Art director Heath was an only child who jokes he was made to mute the TV when ads came on the television, but he was an ‘indoors kid who was obsessed with anime, comics and gaming.’ Whereas writer Nathan describes himself as an outdoors kid who was ‘an incredibly anxious, insecure child who had zero artistic talent’.
With this foundation the duo, who are high school friends, first fell into the graphic design industry before advertising. At university Heath studied Communication Design while Nathan studied – and hated – Law, before transitioning into Journalism and later Graphic Design. The duo knew that they loved the world of design and coming up with ideas but turning that into an actual role took some work. They decided to become a creative team and make a portfolio, though this was rejected by ‘every agency in Sydney’. So, they went back to the drawing board and with a little help from Google they went one step further:
“We figured out that you could just add one of Australia’s top ECD’s email addresses to a Google Calendar invite, set the location to his office, choose an appropriate time and then show up for the interview. The mechanics worked! But he wasn’t so happy we had conned him.”
After this fruitless encounter the pair stumbled upon an article about 72andSunny starting a Sydney team and were eventually hired as the agency’s fourth and fifth employees. Though they joke they’re not too sure why they were hired. Those early days were full of plenty of learning curves but one in particular was the duo’s belief that “you won’t think of anything good sitting there looking at your screen,” to combat this they walk a lot to get their creative inspiration.
A campaign the duo are particularly fond of during their time at 72andSunny was the ‘Proudly Ordinary’ work they did for Tooheys Extra Dry. For the brand’s first comms campaign in a decade they were tasked with taking a “relatively average beer and make it a culturally relevant brand.”
Heath and Nathan explain: “We were involved in every stage of the project from the initial client briefing, working with the strategists, sitting in research groups, working hand in hand with the media agency and then the actual creative. We learnt a lot and had a great relationship with the clients which resulted in them buying some bold work.”
The pair’s favourite and most challenging aspect of their roles is coming up with ideas but this stems from their aspirations to make work that aligns with their tastes and interests that ‘could look like its from anywhere in the world, be culturally relative and fun’.
Despite having these huge passions for advertising Nathan and Heath are keen to put to bed the industry-wide debate on what an ad should actually look like to bed. For them, making work that looks like an ad and is an ad is not a problem. They explain: “We’re not really into this idea of people working in advertising, but aspiring to make work that either doesn’t look like an ad, or isn’t an ad at all. We make ads, we work in advertising, it’s OK.” It’s no surprise then that their main motivation stems from coming up with fun ideas, something which they feel lucky they get to do as a full time job.

Planning for the Best: Josh Manning on Great Strategy with Great Output