Associate producer at DDB New York speaks with LBB’s Ben Conway about improving diversity and representation in the industry, volunteering in Ghana and avoiding burnout 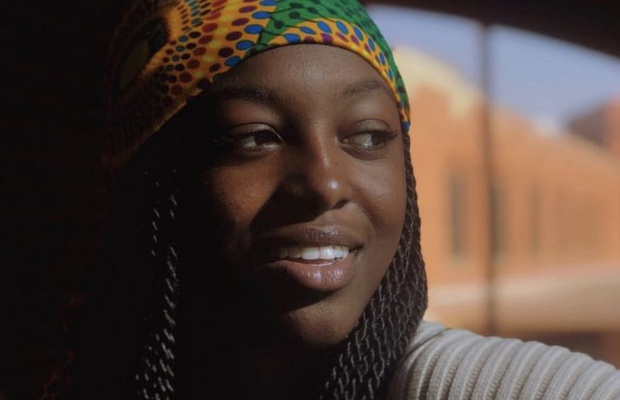 Yamoaa Gyimah is an associate producer at DDB and is passionate about documentary film production, advertising, and photography. These passions stemmed from her early love of storytelling, where at a young age she was “constantly stimulated” by any storytelling medium that she could engage in. Whether it was singing, dancing, reading or just talking a lot, Yamoaa always wanted to tell stories and to be the star of the show doing so.

Yamoaa gained her first real exposure into the world of production and filmmaking when she received a video camera for Christmas while in fourth grade. “Just like that, the Yamoaa Show was created,” she jokes. With her first filmmaking endeavours, she would create improvised shows and sketches with her sister in the living room and even began to ‘produce’ segments - largely consisting of “pestering her older sister”. When she wasn’t messing around with a camera, her creativity also developed into a passion for music. “I learned to play the ukulele, guitar, saxophone, and clarinet, and always took the opportunity to perform an acapella rendition of any ballad I knew.”

As a first-generation Ghanaian American, Yamoaa appreciates the hard work that she witnessed her parents do to forge a life in the States for her and her siblings. As well as instilling drive and perseverance, her upbringing also emphasised the importance of acknowledging and documenting your cultural heritage. “I visited Ghana several times throughout my adolescence,” she says. “I was able to learn so much about my tribe, my ancestors, and my parents’ upbringing which is a blessing. I got to watch my parents build a primary school in Kumasi and help push the new generation to greater heights. There is so much power in capturing a moment in time on film or photo and I was able to explore that in Ghana from a very young age. I’ll always be grateful for that.”

When she was 17, Yamoaa took the opportunity to study digital media production and film at Florida State University. Throughout her time she was able to “hone in on directing, producing, and editing” as well as getting the chance to foray into the world of documentary filmmaking - a passion of hers. “I am so thankful that I followed my gut and applied for that major,” she says. “Because I got to learn from some of the most inspiring professors and met people in my major that I know are changing the media industry every day.” This area of study became a medium through which she could “explore topics” that interested her and it presented a variety of challenges that tested her abilities. Through this experience, Yamoaa says that she “grew to crave the rush of the production process” - solidifying her pathway into the industry.

After graduating, getting her foot in the door was a task that the producer was determined to complete, applying to every production role she could find on LinkedIn, regardless of qualifications and experience requirements. “I knew I wanted to be a producer already and I was just looking for an opportunity to show people that I had the drive.” Her first post-graduation job was as a creative admin ambassador at a social media marketing agency, where - due to layoffs resulting from Covid - Yamoaa learnt to be flexible and adopt a range of roles simultaneously. “From curating shot lists, to booking talent, to working as a contracted videographer, I was doing it all.”

Early on, the young producer learnt an important lesson that has remained a cornerstone of her filmmaking philosophy. “Having the nicest camera equipment is not what makes a great film. It’s the story that makes the film. Some of my most successful projects were made with not much more than a phone and an idea.” In this vein, one of Yamoaa’s earliest projects - as  a 15-year-old volunteering for a summer in Ghana - was a series that captured African society and culture in a way that wasn’t often portrayed in the US, all shot on a phone. “I spent my time teaching myself iMovie, clipping together the footage I captured and even making (the crappiest) graphics for my intros and outros.” However, at the core was authentic storytelling and an interesting idea that inspired her to pursue a career in filmmaking. “People who were watching from the States had never seen Africa in the way I captured it. It was beautiful to read the comments under my videos where people began to have candid discussions about culture, race and the human experience. I knew I wanted to spend the rest of my life making art that promotes understanding and critical conversation.”

As her professional career began to grow, a piece of work that Yamoaa feels changed her course - and which also invoked critical conversations surrounding culture and race - was the documentary that she directed, ‘Please Don’t Touch My Hair’. Speaking about the documentary - described as ‘a multicultural crew exploring the complexities of making a film about Black hair’ - Yamoaa says: “Please Don’t Touch My Hair shifted everything for me. Through that film, I was able to gain so many amazing opportunities and collaborate with the most interesting people.” It’s projects like this documentary, which is a Tallahassee Film Festival selection, that fuels Yamoaa’s passion for producing and helps achieve some of her occupational goals: “I hope to inspire, captivate, and educate as many audiences as I can. I also want to show girls who look like me that they are capable of moving mountains.”

Via these varied and rewarding projects, Yamoaa enjoys meeting a variety of people from all walks of life - but an intense production schedule can also lead to exhaustion. Recently, she experienced this on a pitch she was developing at DDB. “It was a lot of fun but there was also a lot of pressure to keep up with everything. Production is a lot. You’re dedicating so much time and effort to make something cool and it can give you burnout. Luckily, I had an amazing mentor that walked through the process with me and always encouraged me to show up my best self.” A self-described “reformed teenage drama queen”, Yamoaa believes that it’s always possible to lift others up and have an optimistic approach to her work, despite the intensity and often demanding nature of creative work.

As a result, taking a break and stepping back from the dedication and intensity in this industry is something that she sees as important. During the pandemic, it was very easy to become discouraged, as many people’s momentum and career development was brought to a halt, she says: “It felt like everything I had planned for post-grad was falling through the cracks.” Although, on the flip-side, lockdown did also provide an opportunity for Yamoaa to remove herself from the whirlwind of production and process the progress that she had made leading up to that point in her career. “Lockdown showed me the importance of taking time to rest and taking time for introspection. I had done a lot in the past three years and I don’t think I had processed it all before quarantine. Now, I enjoy my hours of solitude. I find that it’s crucial in order to think through creative ideas.”

Now living in Brooklyn, after exclusively living in the south until this point, she makes time for the escapes from work that allow her to refresh her creativity, relax and stay up to date with the industry: “I watch TV, read, and make things for myself all the time just so I don’t get rusty,” she says. “I think one of the best things you can do as a creator is consume media of all kinds.” Her broad consumption of media expands to an obsession with YouTube, which she believes has been a ‘transformative’ force in media, and she also reveals herself to be “an avid ‘cosy’ gamer” - or Animal Crossing addict -  enjoying the relaxing offerings of the Nintendo Switch whilst on the subway.

Although it is nice to escape into a fictional world occasionally, Yamoaa is also actively engaged in real-world cultural and systemic problems that impact the industry. Being part of an up and coming generation of talent, Yamoaa recognises that there are aspects of the industry that are changing for the better, and also some that require a little more attention and acceleration in their progress. One of these topics is diversity and representation. The “lack of representation” and “lack of diversity when it comes to selecting talent” is an issue that frustrates Yamoaa - saying that there is “always room” for more diversity. “A workspace should reflect the voices of our community and I believe that means more people of colour are always needed.” Whilst she highlights a need for further representation of the Black population and their community experiences, she is also cautious of the normalisation of media that uses and “capitalises off of” Black trauma, which can be equally as harmful as a lack of representation. “The media industry is fuelled by that right now,” she says. “I think the industry needs to depict more Black joy. As a community, we have faced so many hardships, but we are still here and there should always be room to celebrate that. There is so much Black Excellence that has yet to be talked about. The industry needs to be better about uplifting us.”

The younger generations, including Yamoaa herself, are already helping to implement these changes in the industry and have begun to use tools that were previously unavailable to enact this progress. “I love how the younger generation is using media platforms to speak up about the things they care about. I think the world is going to change so much just because of that fact alone.”

Now, Yamoaa continues to create projects with the same passion she had when she was making and producing films with her family camera and on her phone as a child - still driven by the desire to tell untold stories. “Learning more about the human experience through different lenses is not only fascinating, but also inspiring to me. I believe it’s my destiny in this life to explore as much as I can through the camera lens.”

Creativity Squared: Ben Wolan on the Unbridled Benefits of a Joyful Creative Process