'Upside Down or Downside Up' 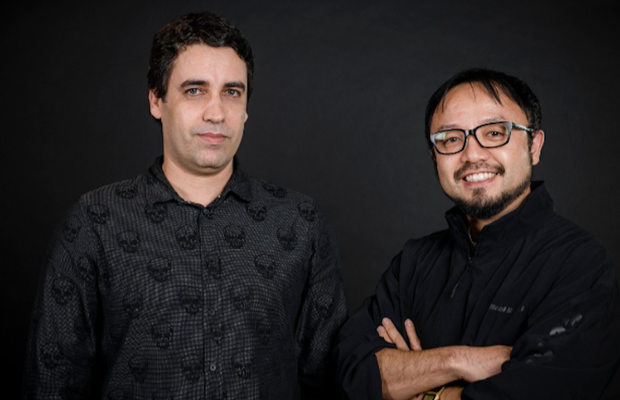 We Brazilians have a natural curiosity around getting to know other cultures – we are open minded and take great satisfaction from it. This often gives us a competitive advantage. It means that we truly listen even when an idea is different to what we believe in.

The first campaign Kojiro and I did that brought this ‘spice’ from both sides of the world together, was a Sea Food campaign, with Joel Santana. I remember that we discussed a problem of the name when pronounced in English, because it sounded like a swear word in Portuguese, and so a lot of people in the Brazilian agency were skeptical.

Through working with Kojiro, we got to understand a different approach to how to get the best solution out of a marketing ‘problem’ with the product, and we took inspiration from making fun of our own.

This approach was already part of Nissin culture in Japan, and we saw an opportunity to bring this way of thinking to our Brazilian team. And soon we realised that we are great at making things fun even when they aren’t that cool. The blend of the two cultures means creating work with some Brazilian ‘spice’, which many times Kojiro himself didn’t understand what we were doing, but we managed to bring our differences together and get a really cool campaign out on the streets. It was so successful that we have just hacked this same campaign idea to promote another Nissin flavour. Check it out.

Over the past three years we have had several examples where this cultural difference has helped us to create extremely fun campaigns. For example, this difference helped the ‘Nissin Apology’ campaign, where Nissin’s president, Takashi San, was on TV to apologise for not knowing how to cook his own product and admitting that actually, Brazilians did. We used robots, promotional packaging, and everything a campaign needs to generate word-of-mouth about Japan among Brazilians. We have many other great creative examples of our work together - even creating a monster from a Japanese TV series became a Career Coach.

Another great result from this cross-cultural partnership is the adoption of the Japanese way of thinking about technology. We’ve made a car that moved using brain waves, we hacked a DSLR camera that talked to visually impaired people, and most recently we created a Virtual Art Exhibition that took place on Paulista Avenue with the participation of 25 Brazilian street artists. All these pieces of work were very much inspired by ‘Pokemon Go’ and a wave of consumer interest in creativity powered by technology. A beautiful and fun experience we made for Japan House.

What have we learned? We have learned that in the end you must always ask yourself: how is it possible to bring together the East and the West? First, one must embrace thinking differently for the ideas to flow and then have a lot of respect and learn how to listen, before saying no.

This is what I learned from Kojiro himself. Sugoi, ne?  (incredible, isn’t it?)

When you look at the timezones, you will realise that Japan is 12 hours ahead of Brazil. Yes. I came from the future. And that is the secret of my creative thinking…

I wish it was something cool like that, but unfortunately it's not.

Almost three years ago, I started my creative career in Brazil working with Filipe Cuvero. For the first few months, I was struggling to adapt myself to the Brazilian way of thinking. But it didn’t work well. Even though I love the culture here, I realised I can never naturally think like a Brazilian.

Just around that time, Cuvero and I had an opportunity to shoot a Cup Noodles commercial in Japan. And everything in Tokyo looked really interesting for him. From the full neon colour of the night sky to even the huge number of vending machines. What was normal for me seemed unique to him. I remember him taking many photos of character designs when we were walking around the city. (Seriously…you will see thousands of character designs in Tokyo) and he said, “this is totally different from Brazilian culture, but it's really cool.”

That was the moment when I realised that I didn't have to force myself to think like a Brazilian, but that I should think in a Japanese way and try to find the best cultural intersection that will be interesting from the Brazilian point of view.

After we did the Sea Food campaign with Joel Santana, we tried to seek the best cultural intersection and turn it into a communications idea. That’s how we came up with the APOLOGY campaign for Nissin. This campaign was full of Japanese way of thinking. First, we used a robot to cook the perfect Lamen. Then after realising a mistake, we made a campaign asking the Client to Apologise to the consumer bowing their heads like a Japanese way. We also made the ‘LamenTA’ package, making fun or their own brand. Which is also part of a Japanese comedy culture. After listening to the reaction of consumers, I realised this cultural intersection can bring a unique style of humour to Brazilian pop culture.

We also started to bring many character designs in our Nissin campaigns. Such as Cupman, Cupmanzinho, Cup Robot, Lamenzinho, Pan monster and even a Godzilla style character called ‘Gotsui’ (which means ‘Tough’ in Japanese).

I truly believe when your organisation embraces diversity, this can bring a unique creative thinking. So, what’s the secret to find the best cultural intersection of two sides of the world? As Cuvero said, it all starts with the respect and understanding of both sides and I couldn’t agree more. Otimo, ne? ( Japanese also use the word ‘ne?’ in the same meaning.  Interesting, ne?)