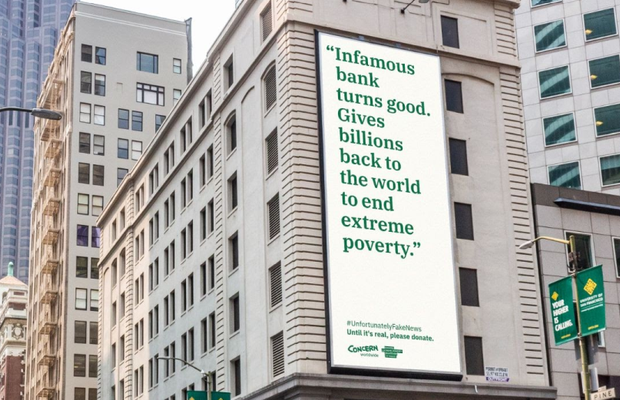 NGO Concern Worldwide's new campaign ‘#UnfortunatelyFakeNews’ is a collaboration with agency Fred & Farid Los Angeles that distributes fake news across many platforms with an important message. Using physical and digital assets, including billboards in strategically placed major city locations, online video newscaster segments with convincing anchors and graphics and audio adverts on podcasting networks, the campaign targets the ultra-wealthy.
The adverts’ fake headlines appear to be authentic reports on extreme philanthropy and generosity from the wealthiest in society, before a big reveal and a plea for donations. Using social media and physical advertising, this campaign is designed to expose the public to the ‘unjust disparity’ between the ultra-wealthy and those living in poverty -something Concern says is ‘needless and inexcusable’.
Interviewed by LBB’s Ben Conway, the Fred & Farid Los Angeles team discuss twisting ‘fake news’ for good, targeting billionaires anonymously and replicating a realistic news segment.

LBB> Utilising fake news to send a message is a brilliantly unique twist on a topical issue. Could you tell us about the initial creative spark that inspired this campaign?

F&F> We were struck by the fact that billionaires became trillions of dollars richer during the pandemic, while an additional 150 million people were plunged into extreme poverty. Our jaws also dropped when we heard how much a few men are spending on their race to space.
The increasing power and wealth of corporations and billionaires always seems to be a topic of conversation these days. It’s such a big part of our culture and the news circuit. Meanwhile, millions of people are suffering.
We recognised that, with so much wealth in the world today, there is no reason for extreme poverty to exist. We found a way to point this out to people through the lens of fake news… but the fake news you wish were true.

LBB> How did Concern initially react to the idea? It’s their first-ever US campaign, so were there any concerns about using this style and strategy? And did they have a specific direction or impact that they wanted for their first campaign in The States?

F&F> We didn’t think Concern would go for the #UnfortunatelyFakeNews concept, given it was one of the riskier and provocative campaigns we brought to the table. To our surprise, they loved it - mainly because it was (and is) a true embodiment of the NGO’s motto and tagline: ‘Ending extreme poverty, whatever it takes.’ Only small tweaks have been made since the day we sold #UnfortunatelyFakeNews; we’ve largely maintained the original creative intent throughout.
In the NGO industry, change is hard - especially if what you’re doing is working by raising crucial funds. So, by removing the expected images of poverty we’ve flipped the script on standard non-profit advertising, focusing less on Concern and the issues that separate the donors from their program participants, and more on the global inequities everyone can relate to.
We hope people, especially a new generation of supporters, will feel more invested in being part of the solution.

LBB> Making 50 different headlines is a big undertaking, how much was this campaign a collaborative effort with Concern?

F&F> Concern shared facts about the level of assistance the organisation would need in order to make big leaps and bounds towards effectively ending extreme poverty. From there, we did a ton of research about the wealthiest, most powerful entities, to identify and hone in on real, tangible, specific things these corporations, governments and billionaires could do today – but are failing to do today – to end extreme poverty.
We wrote close to 100 lines, but culled down that list to a solid 50. It was a process that took six months. As breaking news debuted about things like billionaires racing to space, we added lines or tweaked copy to ensure we were being as culturally relevant as possible. 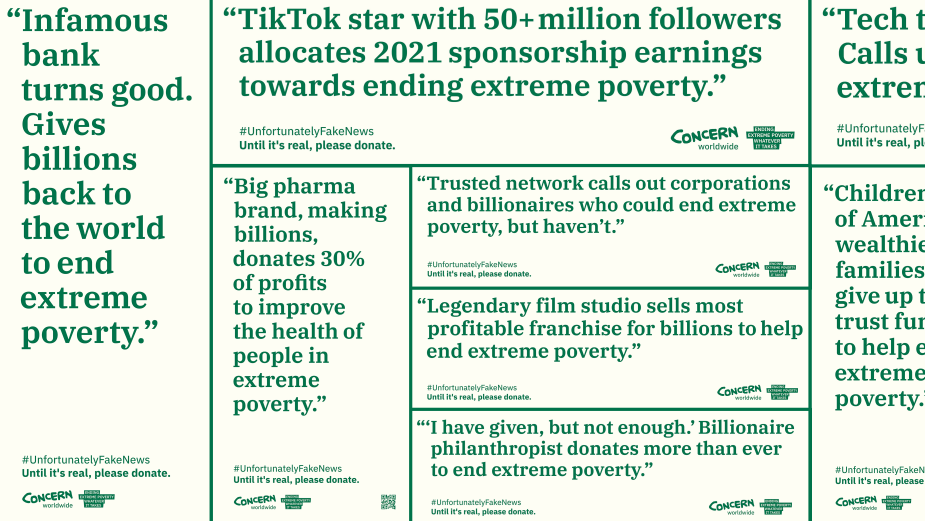 LBB> Making the headlines, broadcasts and graphics look realistic and believable at first glance seems like a vital component of the campaign’s impact. Can you talk us through how you made them as realistic and impactful as possible?

F&F> We studied credible newspapers and major news networks to garner inspiration for every visual component of the campaign, including typefaces, colours, layout design, intro and outro graphics, ticker tape design, and even sting sound effects.
Even more importantly, on the copy end of things, we wrote every single headline and news segment using language, sentence structure, and punctuation typical of a real newspaper or news network. Some of us came from a journalism background and others are dedicated news pundits. So, the process of making every piece feel authentic came quite naturally to us.

LBB> What was the process of shooting the ‘fake broadcasts’ like? Was there a long casting process for news anchors for instance?

F&F> We cast two real, former news anchors and one actor with the confidence, voice, and delivery of an actual anchor. Hiring talent with prior experience made the shooting process a seamless experience, and we powered through 14 scripts in one day. We wanted to be so true to the way things are done at a real news network, our anchors even read from a teleprompter. 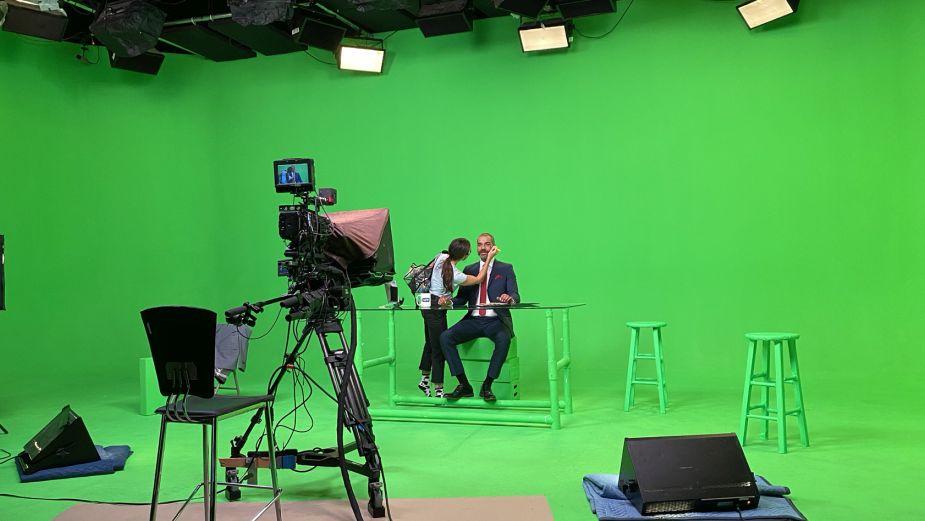 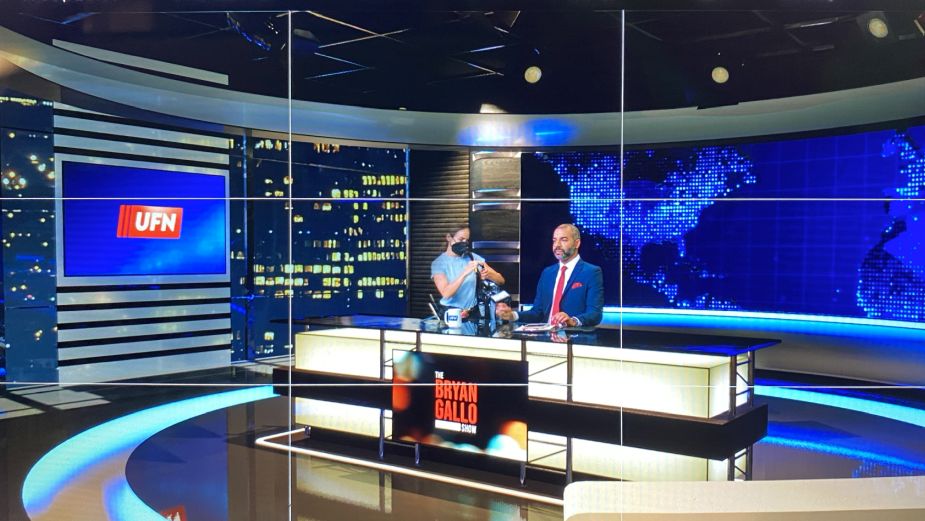 LBB> The campaign targets lots of different platforms, where will the spots be seen and what was the strategy behind this?

F&F> The campaign - including video news segments and headlines in still images and layouts - can be seen across pre-roll, Facebook, Instagram, Twitter, LinkedIn, digital banners and OOH billboards.

LBB> Which platform allows for the best reveal? Why is it so effective?

F&F> Our hunch is that the best reveal will occur via video pre-roll, where initially people will think they’re watching a real news segment from a major network - before soon realising it’s #UnfortunatelyFakeNews.

LBB> Part of the strategy appears to be getting the ‘fake news’ to spread on social media. How was the organic social media sharing devised, and how large of a component is it of the campaign as a whole?

F&F> Fake news is already so organic to all social media platforms. We were able to gain traction simply by sharing a twist on this – #UnfortunatelyFakeNews – and piggybacking upon an issue that is known to be inherent to, and present, on social media.

LBB> So, was authenticity the hardest problem to overcome in this campaign?

F&F> No. We were actually astounded by how easy it was to create real-feeling fake news! The hardest part has been finding clever ways of referring to or revealing the rich, powerful entities we’re talking about in the headlines - without calling out their real names. 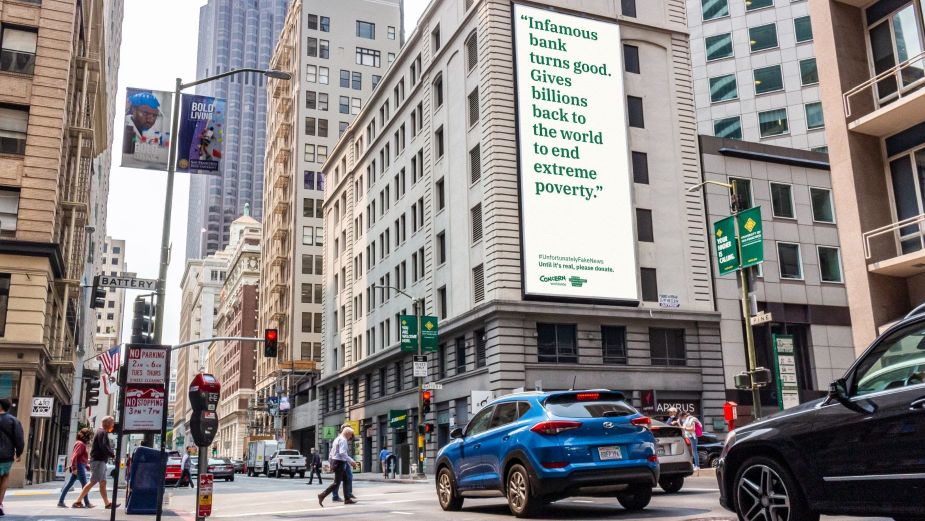 LBB> How is the campaign designed to target those that need to see the message most -  the large corporations and the ultra-wealthy?

F&F> We strategically seeded headlines on out-of-home advertising near the corporations and billionaires that they’re referring to. More billboards will be going up in the coming weeks, across San Francisco, Boston, and Atlanta.

LBB> Do you have any parting thoughts?

F&F> One insight we wanted to bring attention to is the fact that, when you look up any of these billionaires, they’re almost always called a “business magnate” but also a “philanthropist”. Similarly, just about any major corporation these days has a “corporate responsibility” initiative.
However, while a donation of one hundred thousand dollars - or even one hundred million dollars - may sound like a generous amount, it’s actually a drop in the bucket for the richest people in the world, who could definitely be doing more to end extreme poverty. This particular insight led to the line: “‘I HAVE GIVEN, BUT NOT ENOUGH.’ BILLIONAIRE PHILANTHROPIST DONATES MORE THAN EVER TO END EXTREME POVERTY."
With nearly 800 million people living on less than $1.90 per day, we cannot wait for the wealthiest, most powerful entities to do their part. Until this #UnfortunatelyFakeNews is real, please donate.

Deadly Spot for Ladder Life Shows How Its Insurance is So Good, You'll Wish You Didn't Have It