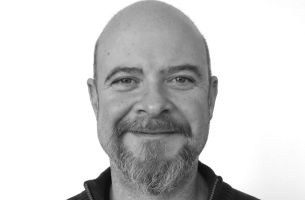 New York-based Vagabond Production Services has expanded, launching a new office in Spain. The new location will be led by veteran producer Fernando Bofill, and will be equipped to facilitate commercial, feature, content, event and still shoots.

The decision to move into Spain was a long time coming for Vagabond. “We always knew we wanted to expand to Spain, but we did not have the right partner to work with there,” says Vagabond partner Lorenzo Benedick. “When Fernando become available, we knew he was the right person at the right time, so we decided to go for it.”

Vagabond has previously produced work in Spain, including the recent ACUVUE campaign out of Deutsch New York and Greenpoint Pictures. However, this official expansion will allow the infrastructure for production companies to film in Spain year-round through Vagabond.

Barcelona native Bofill brings over two decades of experience to the table, coming from Mandarin Media, where he served as partner and co-owner for six years and produced more than 60 campaigns and commercials. Prior to Mandarin Media, Bofill was a freelance production manager and line producer for 20 years, shooting more than 400 commercials in countries all over the world, from Spain to France, Italy, Greece, Morocco, Pakistan, India, Egypt, China, Canada and more. His broad reel includes campaigns for such top brands as Ford, Renault, Volkswagen, Coca-Cola, Kia, Nike, Nissan, Panasonic and others.

The addition of Bofill to Vagabond’s roster will also allow the production services company to facilitate feature film and television shoots. Bofill has produced more than ten feature films and television series, such as La Sombra del Sol (The Shadow of the Sun), La Otra Ciudad (The Other City) and “My Story in Barcelona.” All these projects were produced in Spain, giving Bofill extensive experience in the Spanish film industry – as well as insight into the best shoot locations.

“Spain has excellent weather and locations,” says Bofill. “In Catalonia, you can shoot in the snow and at the beach in the same day.” Bofill also cites excellent crew members, availability of high-end equipment and a competitive talent buyout market as other benefits of filming in Spain.