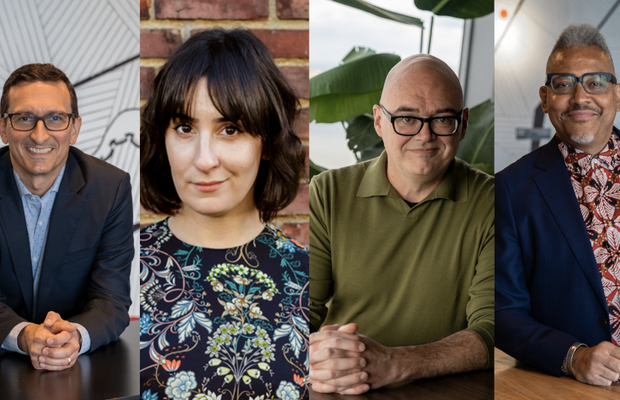 VaynerMedia has today announced four news hires across their creative and production departments, including Bruce Andreini as SVP, director of integrated production, Kim Baskinger and Tom Christmann as executive creative directors and David Pilgrim as group creative director, all based in the New York office.

This announcement comes as the agency remains laser focused on building their unique integrated approach. In their roles, Bruce, Kim, Tom and David will collaborate with the department leads in an effort to ramp up VaynerMedia’s highly crafted, innovative work across platforms.

Kim has over 15 years of experience, and has spent her career finding new, innovative ways to communicate in an increasingly noisy world. An award-winning creative, Kim’s work has been recognised by Cannes Lions, Clios, One Show, Effies, Mashies, LIAs and more. Prior to joining VaynerMedia, Kim spent time as an executive creative director at Havas NY working across Reckitt Benckiser, and as a creative director at BBDO NY working across Visa, Lowe’s, Starbucks, Snickers, Twix, Campbell’s and Pepsi.

Tom started in advertising in the 1990s, and has since helped produce iconic communications for some of the most famous brands in the world. His Budweiser SuperBowl spot "Heroes Welcome" was nominated for an Emmy award, and he has also won Cannes Lions, One Show Pencils, D&AD Pencils, Effies, Clios and an FWA.

Tom is the creator and host of The A-List Podcast, which gathers the origin stories of the industry's creative leaders. He is also co-dean of Adhouse Advertising School.

David began in advertising at Ogilvy and Mather, where he worked on the Merck, Kraft, Post, Seagram’s, Hardee’s and American Express accounts. After frustration with the lack of diversity in the general market milieu, David migrated to multicultural marketing at the UniWorld Group, moving into a CCO role at Footsteps followed by freelancing across the multicultural arena on shaping brand tone-of-voice for Lowe’s, Gillette, Diageo, Nissan/Infiniti, Visa and PNC Bank.

“Andreini, Baskinger, Christmann and Pilgrim share a collective passion for disruptive creativity, making them the perfect fit for VaynerMedia. We are obsessed with creating consumer centric content that blows up in culture, and this seasoned, ad land line-up has what it takes to keep pushing the boundaries,” says Rob. “Above all else, they are incredible human beings. I can’t wait to watch them inspire our people to think, create and produce in new ways.”

They will assume their roles immediately.