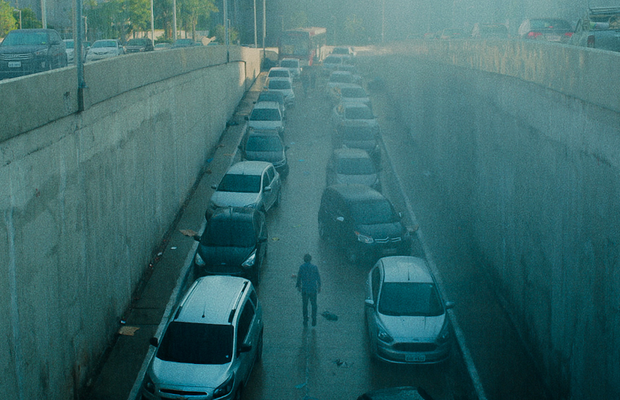 The film ‘CIDADE INERTE’ (‘Inert City’), created by Wunderman Thompson Brazil and directed by Vellas, from the film producer Saigon, premieres today. The short feature film is part of a partnership between YouTube, the United Nations, and the Tribeca Film Festival, one of the main independent cinema festivals in the United States, with the goal of making the public aware of UN’s 17 Global Development Sustainable Goals (Global Goals) through short sequential films created via YouTube’s Video Ad Sequencing product. The film was entirely conceived and shot before the coronavirus pandemic.

The only agency selected for the project in Latin America, Wunderman Thompson Brazil, along with the producer Saigon, was challenged to think about the Goal 11: ‘Sustainable cities and communities’ and, due to the different possible sub-themes, the WT team chose to focus on urban mobility.

From this theme, the WT team positioned mobility as a major point of convergence. Regardless of the social class or the method of transportation used, traffic jams affect the lives of people living in Sao Paulo every day, in different ways: whether because of the chaotic everyday traffic, pollution, violence, geographic inequality, among many other themes. From this came the idea of CIDADE INERTE, a short feature film that shows, from the standpoint of a family, what would happen the day Sao Paulo definitively stopped.

From this narrative, the film reveals how much the traffic issue is caused by everyone collectively. The fiction is based on frighteningly real data: the citizen who spends, in average, 36 days a year in traffic; the pollution that kills 20 people every day; traffic accidents, which exceed by 30% the rate of mortality due to public violence.

YouTube’s Video ad sequencing approach, which is a way to present a series of video ads to a viewer across devices and formats based on how they engage. “Our challenge was to use Video Ad Sequencing to create greater engagement from the audience with the issue. We explored different ways of approaching, an entertainment view, a documental or journalistic outlook, even through the impressive actual data,” says Keka Morelle, CCO of Wunderman Thompson.

Problem Solved: Electrifying the World with Saltwater and Clever Design