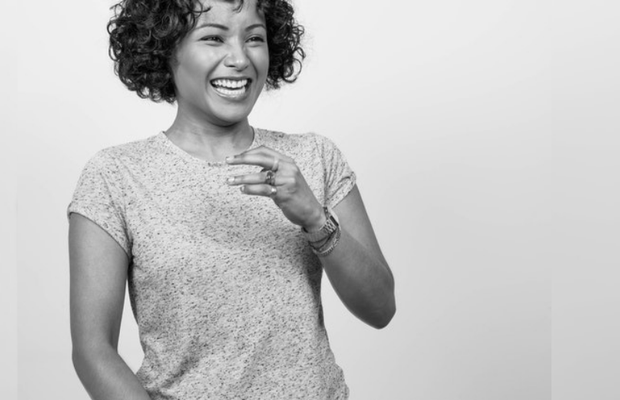 Enhancing the emotion of moving image is fundamental to what we do at CHEAT. Behind the scenes we’re invested in innovation to do just that. Years of technical research and development, colour science and film emulation, mean we are constantly finding new ways to deepen our impact on an emotive level in this medium. This is why we’re sponsoring LBB’s 'Emotion in Advertising' strand, exploring the theme through interviews with experts who share our passion.
In this interview, LBB’s Sunna Coleman speaks with Charlene Chandrasekaran, creative director at Droga5, who shares work that’s made her laugh and cry, and the parallel-universe emotion she wants to see explored on our screens.

LBB> Going back to your childhood or early career, where did your interest in advertising come from?

Charlene Chandrasekaran> It started when a random guy who worked in advertising walked into my GCSE art class and basically pointed out his flashy car parked outside. My trashy teenage self thought, that’s a nice car, I want to work in advertising too.
I did some more research and the idea of making adverts seemed cool. I knew I wanted to do something creative, so I just went from there. I went to university, ended up doing the Watford course and then ran off and did a bunch of placements with my creative partner, Dan Morris.

LBB> You’ve been with Droga5 for over five years - what is it you most love about working there?

Charlene> There’s a saying that sums it up well: “People don’t leave companies, they leave people.” And I genuinely believe that the people at Droga5 are just the best. Everyone helps each other, everybody is on the same page and everyone wants to make good work. We go beyond our job roles to try and get to good work. It's just a really inspiring environment to be in.

LBB> Looking back over your career, what have been some of the pieces of work that have stuck with you on an emotional level and why?

Charlene> It can be really hard to step away from your own work and look at it objectively, because the whole journey of being part of a project makes you emotionally attached to it. But if I had to pick out a couple, the work we did for St John Ambulance was in itself quite emotional because of the subject matter. We were literally helping to save lives. So I really felt an attachment to understanding what the results off the back of that campaign were and whether it had an impact.
I also just love the “stupid” stuff like what we did for Barclaycard’s Crystal Barn campaign. That had an emotional resonance with me because it was so silly and fun for a financial service and can have just as much of an impact but in a different way.

LBB> And outside of your own work, what have been some of the ads that provoked a response from you?

Charlene> There’s a really old campaign for Shreddies that I always remember. They had clearly decided that they have nothing new to say so to make Shreddies interesting again, they came up with Diamond Shreddies - square Shreddies turned at a 45 degree angle. I don’t know if anyone else does this, but I have a fantasy portfolio in my mind, and that is one of the campaigns I wish I had done. It makes me laugh and it's just so smart.
More recently, I found Macmillan Cancer Support’s Whatever It Takes campaign really impactful. The idea was straightforward but the quality of execution was so good. I remember replaying it over and over. It’s so moving, done with the lightest touch and empathy. The music was perfect, the casting was perfect, observations perfect, and my emotions were dragged everywhere.
They used Max Richter’s Spring 1, and the most glorious thing about that choice was the fact that they could have easily just thrown another classical track in and made it really sad. But this track superbly balances the sadness with uplifting hope and joy. They really used that music to its full potential.

LBB> Apart from the storyline itself, what other elements help us emotionally connect to ad?

Charlene> Things like music and sound should be there to enhance, but they shouldn't distract you from the story. They should be happening around you without you even noticing that it's having an effect on you. I remember when I was at BBH and had the privilege of working with Nick Gill who was ECD at the time. We had a couple of charity accounts and he always got us to chuck on something from composer Ludovico Einaudi as an exercise. Because if this track on the ad still wasn’t making you feel something, then the ad most probably was shit.

LBB> And what about colour and grade - how can they subtly harness our emotions?

Charlene> I’m not a big fan of over-egging stuff, like when people crank up the colour without good reason behind it. It all needs to add up to making the story better and richer rather than just looking nice. Sometimes we have a habit of trying to run away with an idea that veers off from the director’s vision, but decisions like grading and colour need to be well thought out. They need to enhance the idea and make things look beautiful - not just make people go, wow that’s very blue.

LBB> The past year has seen a lot of emotionally led advertising, what lessons do you think we can take from this time?

Charlene> A lot of what we saw was sad and soppy. And that's the main emotion people think of when we talk about emotionally led advertising. I’m not sure why. There’s a whole spectrum to tap into - sad things that can make you laugh or perhaps things that make you cry but also make you angry... Last year was such a strange time. Of course, brands chose to tread carefully. No one wanted to look tone deaf to what was going on in the world. So, the general approach was sad and soppy. It was like it was illegal to laugh at anything last year.
Hopefully as we come out of the pandemic, we can get back to doing things that are right for brands rather than just doing things that are soppy and polite. I can't wait for fun, lighthearted stuff to start appearing again.

LBB> Do you feel like there's been less and less of fun and silly advertising over the years?

Charlene> A lot of advertising has become really PC. You get the cynical feeling that everyone is just following the style of work that is being awarded and so you get these trends of samey stuff. Sometimes you just want something insightful that makes you laugh. I don’t want a tinned plum tomato brand telling me they support LGBTQ. You can spot the bandwagons from a mile away.
Tell me something interesting and do it in an entertaining way with less of the preachy stuff. All of this virtue selling makes my blood boil. When it comes from an authentic place, like the Macmillan campaign, it’s powerful and I’m onboard. But when brands are just asking for a pat on the back for taking stances on things that should just be a given, I hate it. If you’re going to do good for the world, let that come out in your actions in a genuine way rather than a performative one.

LBB> So as a general note to the ad world, what emotions do you hope to see explored more?

Charlene> I came across a word the other day that got me thinking: sonder. It’s that amazing emotional feeling you get when you realise that everyone who passes you by has their own complex life like you do. It's that moment when you step out of the real world and into some other sort of weird parallel universe in your mind.
Sonder. We should explore that.

“Connecting With Our Reptile Brains Is the Key To Successful Advertising”

“When Was the Last Time You Laughed at a TV Ad?”

“People Want Brands That Reflect Themselves, So They Can See Themselves in the Story and Connect with the Truth”