Preacher's campaign is the first that promotes a range of the company’s products: eggs, butter and Egg Bites 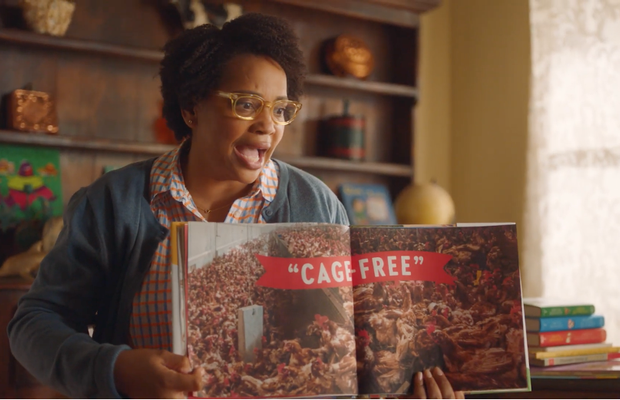 Austin, Texas-based Vital Farms has launched a new brand campaign that humorously calls out what defines and sets apart its product: humanely treated hens and cows that freely roam outdoors on pasture year-round. The campaign, 'Where Honest Food is Raised' - also the brand’s new tagline - was developed in partnership with Vital Farms’ agency of record, Preacher.
'Where Honest Food is Raised' is the first major campaign push from Vital Farms since the company launched its egg traceability program in January 2020. It’s also the first campaign from Vital Farms and Preacher that promotes a range of the company’s products: eggs, butter and Egg Bites. Previous work, like the lauded 'Bullsh*t Free' campaign, among others, highlighted just Vital Farms’ pasture-raised eggs.
The spots feature a real Vital Farms employee and continue in the tradition of highlighting ethical food production practices while debunking the misleading animal welfare claims of certain competitors, such as 'cage-free' food production. There are four :30 spots with cut-downs, which are initially launching across paid digital and social channels with distribution on streaming TV set to begin in April.
“Whether we’re enabling consumers to trace their carton of eggs back to the farm on which they were laid or debunking misleading animal welfare claims, Vital Farms is Where Honest Food is Raised," said Kathryn McKeon, senior director of brand at Vital Farms. "Our new campaign brings this message to life, featuring an employee, whom we call crew members, from our Farmer Support team and storytellers such as a local news reporter, auctioneer, and librarian, who shed light on the ethical standards to which we hold ourselves accountable.”
Jimmie Blount, associate creative director at Preacher, added: “As Vital Farms grew beyond eggs, so did their story. In previous campaigns we showed how Vital Farms Pasture-Raises their eggs. But seeing as they now make butter, egg bites, ghee, hard-boiled eggs, etc. they’re no longer a Bullshit-Free egg company, they’re a Bullshit-Free food company. And with each new product innovation comes a new approach, method, and story to tell. We leaned on a real employee, Shawn Pryor, as our lead and let him invite some 'friends' to help share their message. “

Planning for the Best: Playing the Long Game with Preacher’s Jasmine Clark and Marika Wiggan

ESPN+ 'Exists Because You Do' in New Campaign from Preacher