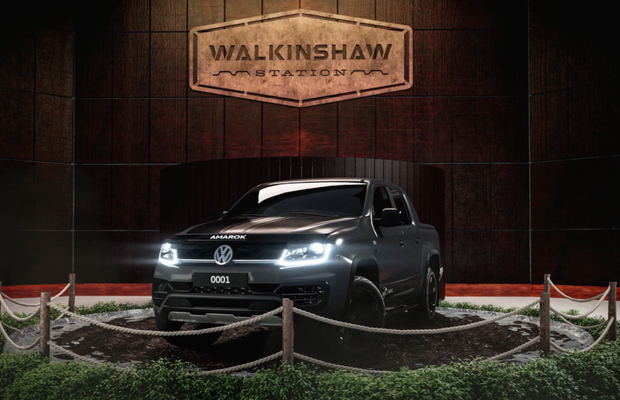 Volkswagen and DDB Sydney are sending the ‘first off the line’ #0001 Amarok V6 W-Series from Walkinshaw Station to stud auction, raising funds for mental health research.

The Amarok Auction extends the story of Walkinshaw Station, which introduced these wild thoroughbred utes reared for the road. All proceeds will go to Black Dog Institute - the only medical research organisation in Australia which investigates mental health across people’s lifespans.

One in five people – approximately five million people in Australia – will experience symptoms of mental illness in any given year. And mental illness affects half of all Australians across the course of their lives. But around 60% of people don’t seek help, and suicide is the leading cause of death for 15–44-year-olds.

Volkswagen Australia national marketing and product manager Nick Reid said: “The Amarok V6 W-Series is a pedigree vehicle, created in collaboration with Walkinshaw, and the first off the line W580S ute is the most special of them all, and highly sought after.

“We wanted to support a very important cause relevant to every Australian by auctioning off Amarok V6 W-Series build number #0001 to raise money for the Black Dog Institute, which does crucial and life-saving work.”

Black Dog Institute director of funding and partnerships Karen Elliff said: “We’re very grateful to Volkswagen Group Australia for undertaking this very special auction to raise funds for mental health research. The funds will go towards continuing our research to help more people seek mental health support where needed and in providing immediate support tools for those who have identified they need help.”

DDB Sydney creative directors Tim Woolford and Tommy Cehak said: “Sending the first-ever Amarok Walkinshaw V6 ute to stud-auction was a natural extension of the immersive Walkinshaw Station experience. The wildest and most powerful of them all is the #0001, and what better way to send her on to her new owner than with the proceeds going to such an incredibly important cause.”

The flagship edition started with a presale in February, with Volkswagen selling the allotted stock within six minutes.

The auction is live now, beginning last night at 8pm AEDT and running until 8pm AEDT on Sunday 28 November. People can register to bid on the very first Amarok V6 W-Series at walkinshawstation.com.au/amarok-auction.

Behind the Work: McDonald’s Brings Aussies Back Together