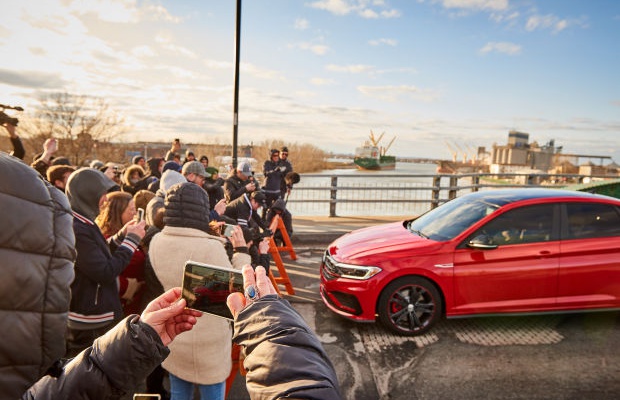 While most car companies use exotic backgrounds, slick camerawork and elaborate CGI to prove their car’s driving dynamics, Volkswagen Canada knows it doesn’t require all that to demonstrate the high-end performance of the All-New 2019 Jetta GLI. Instead, VW took the opposite approach. The automaker empowered the locals of a small Canadian city, including VW fans, skateboarders, and even a dog, to capture the performance of the Jetta GLI as it flies through their streets, using their phone cameras, point-and-shoots, drones and GoPros to record footage for its latest advertising campaign.
“With full sport suspension and 228 horsepower, the GLI is the most powerful Jetta ever,” says Virginie Ludmer, marketing manager, Volkswagen Canada. “It’s such an exciting, eye-catching ride, we knew people would want to capture footage of the vehicle in action. So, instead of filming our own ad, we wanted to show off the Jetta GLI through the eyes of our fans.”
The attention-grabbing, stunt-filled film, 'Power to the People,' edits multiple shots from the same angles taken by nearly 100 people to tell the story of Nascar driver Maryeve Dufault returning to her hometown of Sorel-Tracy, Quebec, for an adrenaline-charged joyride in the Jetta GLI. 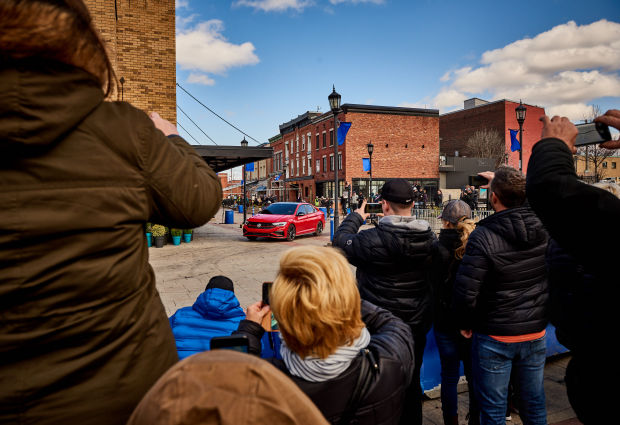 Developed in partnership by DDB Canada and performance driving and content crew Hoonigan, director Brian Scotto - famed director of the Ken Block’s Gymkhana series - armed locals with a how-to of optimal camera angles and techniques and the creative freedom to capture the unexpected and to experiment. The content was then woven together to tell a high-performance story of the car from the people’s perspective.
“VW has always been the people’s car, so it was only natural to enlist them to tell our story,” says Brent Choi, CEO and chief creative officer, DDB Canada. “That said, this isn’t your everyday crowd-sourced film.”
Campaign creative includes a 90, 30 and 15-second versions of the film, in both English and French, which appear in cinemas and online. A YouTube masthead digital and social advertising and in-cinema games round out the campaign. The five-week campaign launched on June 09, 2019 with Touche! responsible for media planning and buying.
Photo credit: Matt Barnes for Complex Canada.