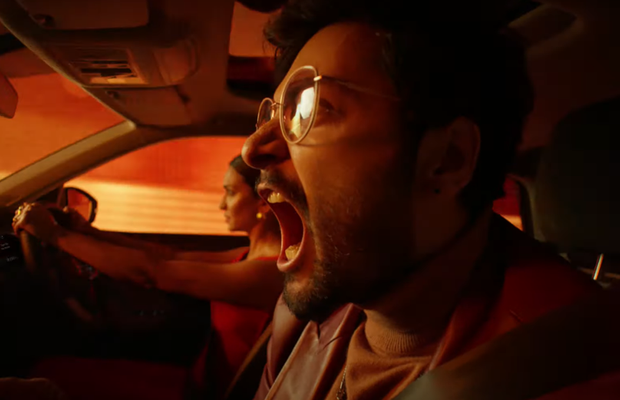 Volkswagen India has launched the mid-size SUV ‘Taigun’ with the ‘Hustle Mode On’ campaign. As part of the campaign, the ad films were conceptualised by DDB Mudra with digital amplification by 22feet Tribal Worldwide. The films featuring Ali Fazal and Kriti Kharbanda celebrate the fast-paced, never-relenting consumer while showcasing the SUVW as their perfect dynamic partner.

Keeping the consumers at heart, Volkswagen has moved from product focused communication, with the new campaign emphasizing on understanding the dreams and aspirations of the consumers. Turning the Hustle Mode On, the ad film encapsulates this go-getter attitude of young India, its vibrant and confident consumers who believe in moving fast, working smart and chasing their dreams. This is an SUVW that focuses on them, not itself.

The SUV segment is highly competitive and competes for the consumer’s attention with high frequency advertising. Talking up product features is the norm. To strengthen the Taigun’s SUV perception, the holistic campaign on the product was initiated with innovative consumer engagement activations such as Spotify playlists and quizzes on social media. The initiatives were aimed at familiarising people to the SUV portfolio of the brand Volkswagen and introduce the latest SUVW, Taigun. The Taigun Squad was another unique initiative to provide exclusive product experience to the Taigun Squad members. The members of the exclusive group were made privy to updates and activities that kept them up close and personal with the Taigun, even before its launch in India.

Speaking on the campaign, Ashish Gupta, brand director, Volkswagen Passenger Cars India said: “For the Volkswagen Taigun, identifying the target audience and customer positioning was one of the key requirements to build the product campaign. The Taigun customer base is someone, who is passionate, ambitious, energetic, vibrant, upwardly mobile and confident. Perfectly matching our customer lifestyle is the Bold, Dynamic and German engineered Volkswagen Taigun. Through the campaign, we’ve intended to represent the lifestyle and journey of our customers, which has been narrated and captured well by our creative partners.”

Speaking on the campaign, Rahul Mathew, CCO, DDB Mudra Group said: “If there is a word that captures the zeitgeist of the youth, it’s hustle. So, we wanted the new Taigun to stand for the perfect partner to their everyday hustle; whatever it maybe or wherever it may take them. And the campaign brings to life the verve, drive and vibrancy of the urban hustle.

The media strategy is built on the Consumer Moment Planning framework that encompasses 360-degree media touchpoints capturing both in & out market audiences. The high decibel multimedia campaign has impact boosters to build quick reach along with long tail. A mix of high reach platforms like TV, IPL, Print, OOH, YT as well as full funnel platforms Search, Social, Auto portals, Display & others are deployed to amplify the Taigun campaign