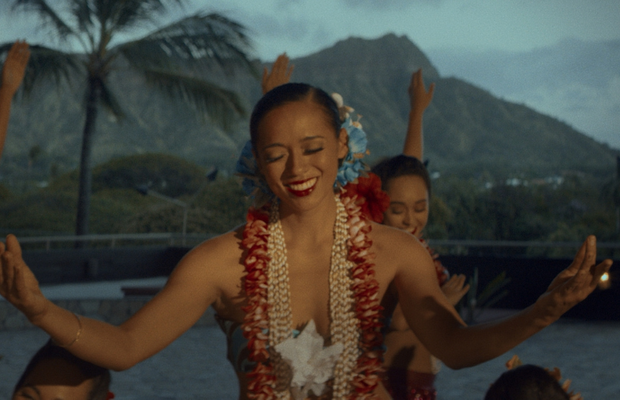 Waikiki, from director Christopher Kahunahana, which has been collecting award after award since it’s premiere at Urbanworld Film Festival, has collected two of the biggest awards at the Los Angeles Asian Pacific Film Festival 2020, Grand Jury Award for Best North American Narrative Feature, as well as a Special Jury Award for Cinematography. The film’s unique look has been praised by critics including The Film Stage’s Christian Gallichio who wrote “Waikiki is a beautiful film that juxtaposes the heightened stylings of the resort against the city, with Kea’s hula dancing given the glow of ‘50s technicolor compared to the grainy cityscape. Further, as the second half of the film becomes increasingly clouded, both for Kea and the viewer; Kahunahana blurs scenes together, mudding the visuals to reflect Kea’s interior confusion."
The film has been described as “a vulnerable and authentic portrait of indigeneity” and represents Hawai’i’s indigenous women's struggles with mental health issues and abuse. Christopher Kahunahana is the first native Hawaiian filmmaker to both write and direct a feature film and in his debut film he portrays the difficult life on the streets in ‘paradise’, addressing the mental fragility of women in society.
Waikiki is the latest feature film project to come out of Nice Shoes’ DI department during the COVID lockdown in 2020, after grading several acclaimed short films throughout 2020 including director Rachel Fleit’s acclaimed Ava & Bianca, and director Nicole Emmanuelle’s Sisters!, which was produced in partnership with The Future of Film Is Female. 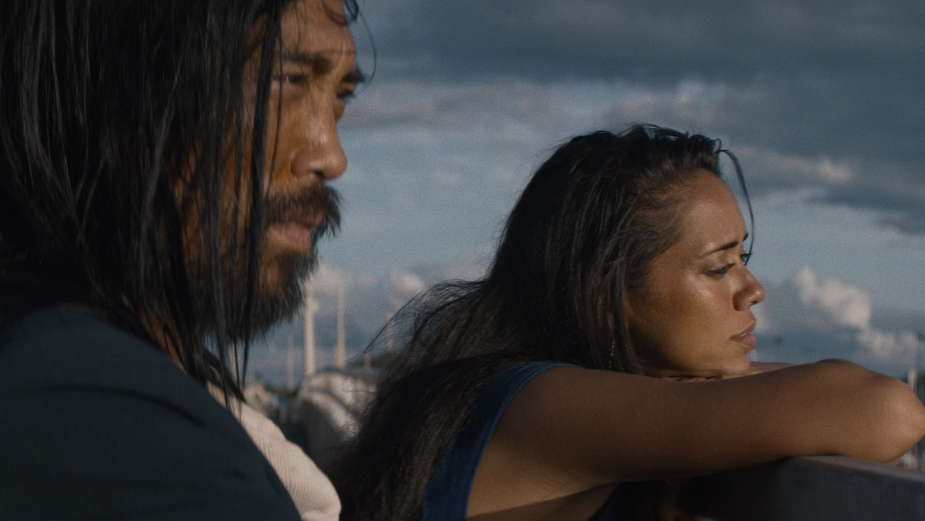 Nice Shoes colourist Maria Carretero worked closely with director Christopher Kahunahana to develop the look of the film, which traces the life of Kea (Danielle Zalopany), who lives in her van, has three jobs and still can’t afford to pay for a place to live. One drunken night, after a fight with her abusive boyfriend (Jason Quinn), she flees in her van – hitting a homeless man, Wo (Peter Shinkoda) in the process. Distraught, she puts Wo into her van, eventually shuttling him around as she attempts to maintain her rotating jobs. As the film progresses, the two form an odd pairing as the near-mute Wo acts as the constant spectre of Hawai’i's forgotten population, consistently upending Kea’s attempts for social and economic mobility.
The DI was done entirely during the pandemic, with colourist Maria Carretero grading in New York, Producer Katie Hinsen in Los Angeles, and the Director in Hawai’i. The idea behind the colour grading of the film was to show the full range of the colours of Hawai’i, and to depict a more realistic representation than had been previously portrayed on screen.
Maria experimented with the look, initially using broad strokes before refining every pass and pushing every image in pursuit of the emotional expression of the story.
The team collaborated over a secure, colour-accurate video link, a technique that Nice Shoes has developed over a decade for advertising clients; and has now refined both to meet the challenges of the pandemic and the unique needs of filmmakers and studios. 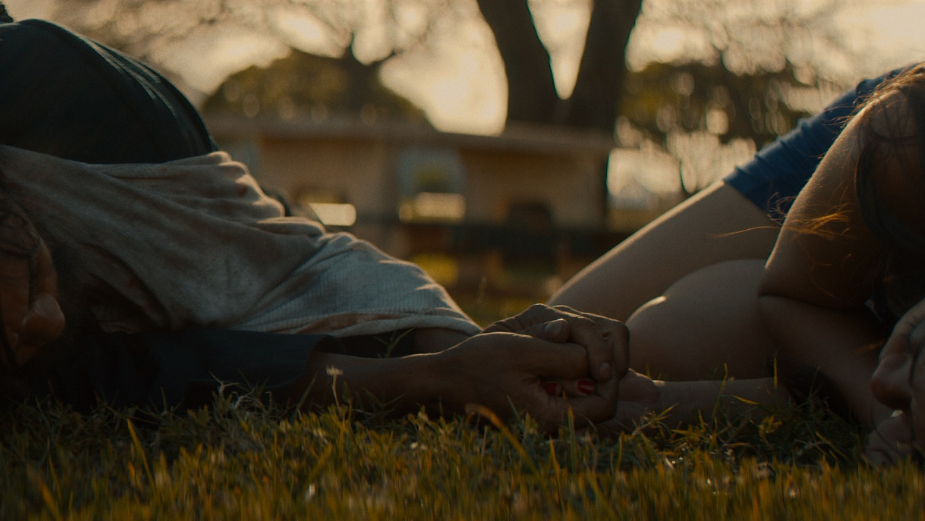 Executive Producer, Katie Hinsen says: “The positive response to this model, even at early stages, has been hugely encouraging. I’m particularly proud to be showcasing this offering with such an incredible project like Waikiki. Despite working in the midst of the pandemic, with Maria in New York and the director in Hawai’i, everything ran seamlessly and we can’t be more proud of this project.
I spent 20 years working on the talent-side of post facilities before moving into leadership, and my approach is unique because of that. I run the kind of facility I always dreamed of working at, and that attracts the best artists and the best clients. As a team we are all motivated by this mission. It drives us to collaborate more deeply, explore more innovative workflows, and seek out projects that we are proud to have on our reels.
In the coming year we plan to expand Nice Shoes DI significantly to keep up with client demand. Next year we will triple our capacity with more exciting new hires, and open our Los Angeles office. We already have a number of exciting projects lined up for the New Year that we can’t wait to get started on.”
Maria Carretero, Senior Colourist comments: “Katie and I share the motivation for being part of projects where the idea, the passion and the creativity is everything. I think Waikiki is one of them, and an amazing way to illustrate our ability to pull off feature projects with a fully remote workflow. This is the first time that Christopher and I collaborated. I have to say that it had been a pleasure working with him on this one. This film is special, not only the story, the picture was absolutely stunning (great work by DP Ryan Miyamoto) and the freedom that Chris gave me was a total gift. He wasn’t just looking for someone to perform a task, he was seeking a partnership with an artist to shape the look of the film. I feel we had a collaborative, communicative relationship, and I had blast colouring this with him. 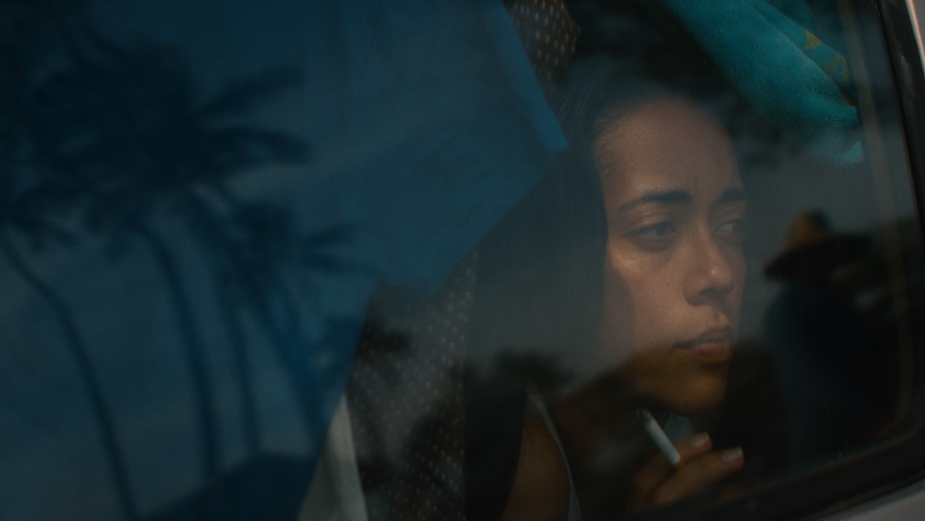 Director Christopher Kahunahana adds: “I have always been a fan of Nice Shoes and when a friend was able to introduce me to Katie and Maria I was so excited to join the Nice Shoes family. Maria has been amazing. Within the narrative of Waikiki we purposefully blurred the lines between flashbacks and real time as well as imagination and reality. The blurring of these lines can very easily become muddled. The nuance involved in accurately presenting these blurred realities was greatly impacted by Maria’s taste level and expertise. She was able to provide amazing insight throughout the creative process and really helped tell the story I wanted to tell.
Working remotely with the Nice Shoes team was seamless and the only challenge that we experienced was that it took a bit longer to finish it, as we had to take into consideration the lighting changes in our environments and how accurate the monitors were. I really missed the natural development between artists that happens when people are in the same room, but Maria’s grade really elevated the feeling of the film. My favourite scene is the final hula noho, where Kea performs a traditional Hawai'ian song taught to children. The scene was always intended to be emotional but Maria’s grade really upped the level of poetic dis-association. The richness and depth of the colour, the saturation and contrast makes the scene more dramatic, which was a powerful ending statement.”