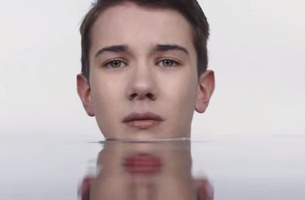 Artem SFX, an award-winning special effects company, was recently commissioned by Chrome Productions to help raise awareness of accidental drowning as part of RLSS UK’s Drowning Prevention Week (21 – 29 June). The project resulted in a chilling two-minute public information video which will be distributed across schools nationwide.

The video shows a 14-year-old schoolboy talking directly to the camera as he recounts a day out with his friends. As he tells the story the screen progressively fills-up with ‘dirty river-water’. We eventually realise that the boy is describing the day he died by drowning. The boy is left lifeless, leaving the audience with a hard-hitting lesson about the dangers of open water.

To achieve this result, Artem drew upon resources from their extensive stores department to construct a strong 1.5m deep tank filled with warm water in the company’s spacious back-lot in Perivale. They had to find a way to control the rate at which the water rose around the actor, timing it to a script and hitting various different water heights at specific lines in the script. Furthermore, due to the fact constraints of live audio, they had to find a way to raise the water silently.

With client Chrome Productions, the team came up with the idea of lowering the actor and camera into the tank at a simultaneous controlled rate to hide the movement and give the effect of rising water. A hydraulic motorcycle jack was modified with a comfortable seat, quick release harness and adapted to carry a waterproof camera. Artem technicians working with director, Stephen Parker, carefully coordinated the camera and the actor, Jack Kane, as they were lowered into the water.

Additionally Artem created a number of ‘dirty water’ samples as they needed to be safe for the actor to keep talking with his eyes open while submerged for as long as possible. The final dirt in the water was created using entirely natural and traceable materials.

Artem’s Alex Philips, who was project manager on the film said: “We needed to find innovative ways to produce a safe and effective method of submerging the actor and the camera into a tank of water, while still providing a quality result. This presented challenges but everyone at Artem sincerely hopes we have made a contribution to a project that will save lives.”

Chrome Productions’ producer Stephen Parker was delighted with the result: “Creating a film for the Royal Life Saving Society for Drowning Prevention Week was a real privilege. The guys at Artem Special Effects did a wonderful job on the tank and the lowering mechanism and worked tirelessly. We’re very happy with the way the film turned out and really hope that it delivers the invaluable message that Drowning Prevention Week carries.”

Client HROC were also impressed: “Chrome shared our passion and enthusiasm for the project. They hooked us up with the incredible people at Artem and, between them, they took ingenuity and problem-solving to new levels to conquer the raft of technical issues. The film is perhaps even more powerful and impactful than we’d hoped and we’re sure it will connect on a level where it can make a real difference for the Royal Life Saving Society during Drowning Prevention Week.”