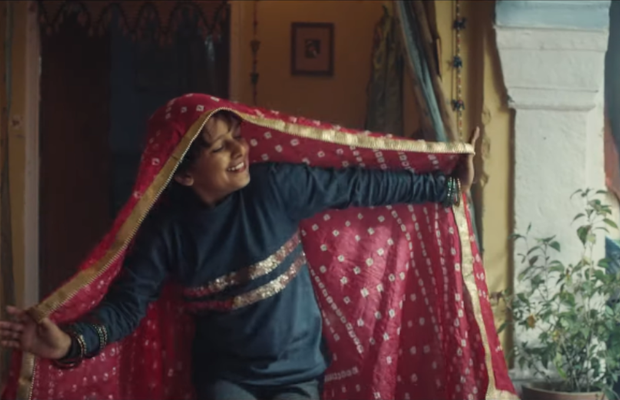 FCB India’s film ‘The Mirror’, created for UNAIDS and with the hashtag #SeeMeAsIAm, was released on the international day for transgender visibility to celebrate the community. But, in a twist of how the transgender community is often celebrated in the media, FCB decided to flip the narrative and shoot the film through the eyes of a young child who pushes aside a kite game in favour of dressing up in a scarf and lipstick to dance along to his favourite music. What follows is a story of defying expectations, being embraced as you are and the strength of a community that is hardly ever touched upon in the Indian media.
LBB’s Natasha Patel caught up with FCB India’s CCO Swati Bhattacharya, who wrote the film, and director Shashanka Chaturvedi to hear about their experiences working on ‘The Mirror’ and the power of acceptance.

LBB> What was the initial brief for this campaign?

Swati> We have been working with UNAIDS on and off and Mahesh who is the director in Geneva had told me that they want to do something for the Trans Visibility Day. All my work so far has been deeply embedded in Indian culture and I was a little nervous about the acceptance of this work internationally.
As I researched trans lives, I saw common themes of discrimination, exclusion, and rejection visible across the world. This was hence not restricted to a conservative country like India but also rampantly prevalent in western societies. So while many brands have touched upon trans lives in montage ads, we felt strongly that we needed to tell a story that was human, intimate and deeply innocent. We wanted to deviate from the typical imagery of a trans adult and share a glimpse of a trans life that advertising has never seen before.

LBB> This topic is obviously quite taboo and not one that's often discussed in India. How did you go about creating something that would strike a chord and also be crafted beautifully?

Swati> Stereotyping of trans lives is as wrong as stereotyping of women. Both are reductive and create more problems than solutions.
Yes, this is a film which is asking you to open your eyes and hearts to the cause of trans visibility but also it is just asking you to fix things in your own home. Nobody is asking you to fix a country or a culture. But if each one of us can keep our children safe from our own prejudices we’ll certainly have a better world! And that is so doable!

LBB> What was it like working with director Shashanka Chaturvedi?

Swati> Shashanka is such a passionate and compassionate filmmaker. To be honest, there were no real funds for this, and we were working on absolutely zero budget. But Shashanka, because of his own commitment to the cause, did all the homework and made everything possible despite the Covid situation. I couldn’t even travel but he would make me talk to the cast to tell the drama of that moment to the mother, the child and the grandmother.
I would tell it to them like a story and then he would put them inside the story. While Shashanka is one of the best filmmakers in India, he is so busy and is booked for months; but for this project, it didn’t even take him a second, he just said, let’s do it! I am totally indebted to him for his loving gaze. He also doubled up as a DOP because we could not afford one! 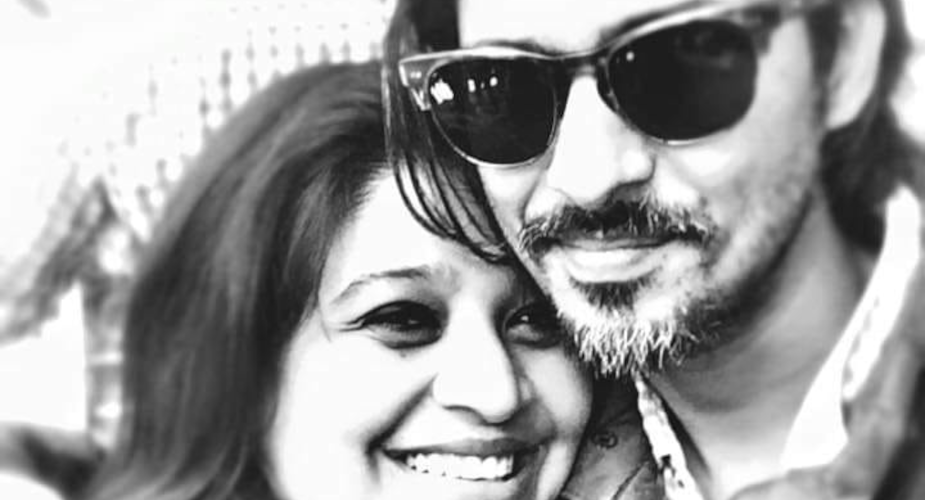 LBB> Tell us about your experiences Shashanka, how did you feel when you first saw this script?

Shashanka (Bob)> I was just very touched by the story which Swati narrated. The topic itself is such a taboo in our country, then to talk about and to top it, we narrate the story through the lens of a little kid! I somewhat feel this film has an element of feminism in it, because it’s the women of the family who accept the kid, as he is. The film also shows Indian women especially women in rural India in a strong manner. 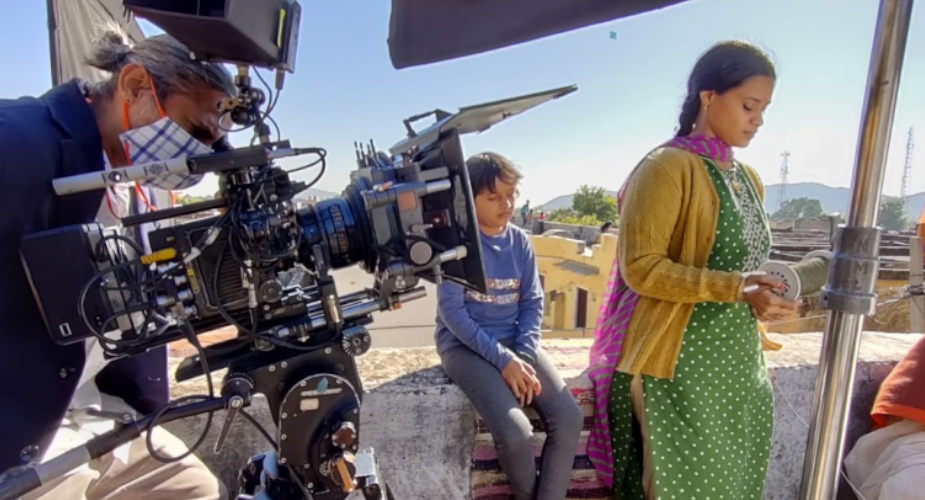 LBB> As a director, how did you create something that was so beautiful and so inspiring at the same time?

Bob> I actually wanted to keep a very documented style of shooting it. Keeping it extremely natural so that it feels real. The emotions had to feel real, and the performance had to be subtle since it’s such a sensitive subject to handle. I shot the film myself with help from a fellow upcoming cinematographer Tushar Mehra who assisted me in creating the required look.

LBB> With UNAIDS being headquartered in Switzerland, how much of an input did they have with creating this campaign?

Swati> Mahesh and I were in constant communication on all aspects of the film from casting to location. His ambition for the film grew as we moved along and that was very motivating for Shashanka and myself.

LBB> Transgender activist Tea Uglow [creative director at Google Creative Lab in Sydney] describes the film as a 'fairytale', which is such a beautiful description. Do you agree with this?

Swati> Tea Uglow has played a significant part in my journey.  I met her at Cannes. She was a part of the Glass jury when I was presenting Sindoor Khela.  You know how it is, there are people who walk into your life and you know they will have a significant place. You just know it. And since then, I involve her in everything I do. I’ve got so close to the trans community now, it’s like a real personal thing for me to be able to do something, using brands, using the might of social media, to make things a little better. Tea is a significant voice in my head. I carry her in every boardroom I enter.
Why she calls it a fairytale is because 90% of trans kids won’t have a moment like this while 100% trans kids, women and men have had that mirror moment.  While the mirror moment  is  something that happened to them, that moment of acceptance of love took a long time to come....or still hasn't come. And that is why she calls it a fairytale. We are doing a very interesting thing. We are taking the film to all the trans communities in different  cultures and  getting their childhood stories out! We need parents and teachers on our side! It is easier to fix the problems of children rather than to fix the problems of broken adults.
Tea calls it a love story and I call it a love letter to all parents asking them not to make children their own R&D projects. Children have to have their own roots and wings and we just need to nourish them so that they become the plant they want to be.

LBB> What were the hardest parts of creating this film?

Bob> The hardest part was to actually cast the kid. Again someone who would pass with having a streak of femininity in him. The budget of the film was shoestring since I liked the film so much, I wanted to produce it also! My producer Robin played a very important part to make sure we get what we wanted in a very limited amount.
But the toughest part was to complete the film and see how Swati and I wanted the film to look and sound like. We changed the music a few times and finally got the right voice and approach to the film. And guess what, we shot the film in a day! 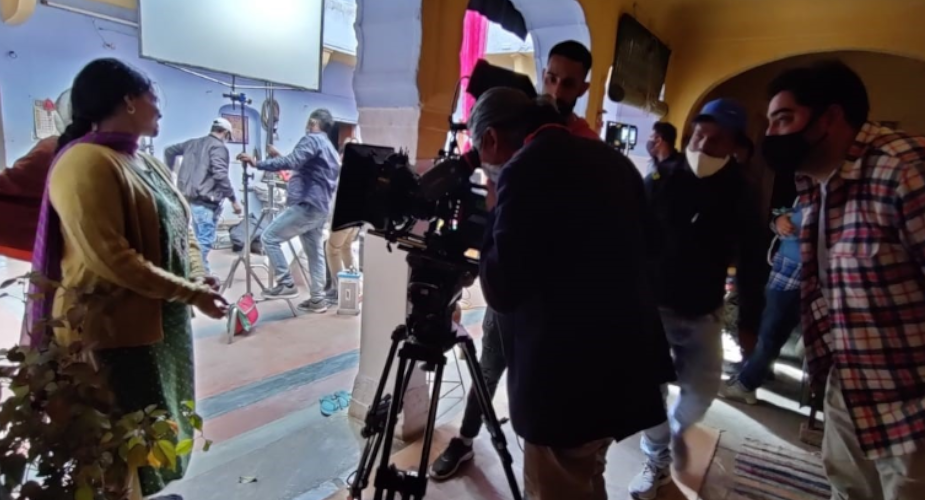 Swati> This dialogue that is happening over the film, is a very important thing because people are reacting to the child’s happiness and child’s heart, but what we have to remember is that we are all children; our bodies may grow old but inside us is our innate desire to be loved and accepted for who we are. Whatever be our colour, our sexual orientation, if we’re from a poor country or a developed one, all we want is love. And that is something that a government or GDP can’t decide. So, let’s not be stingy with what comes free.

Planning for the Best: Being a 'Thought Seller' with John Thangaraj