Goodby Silverstein & Partners creative director tells LBB which South African brand is getting it right, and the benefits of not being held back by geographical boundaries 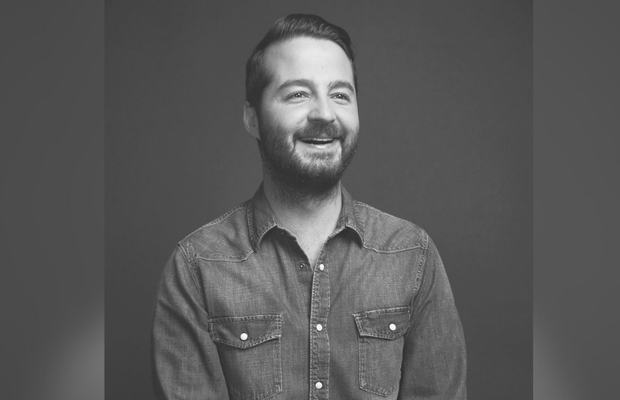 Robot, the Cape Town-based production service company, has partnered with Little Black Book to sponsor the site’s South African Edition. As part of the series over the next few months, we’ll be speaking with some of the brightest creatives hailing from SA and talking to them all about their roots and thoughts on the industry.

Today, we chatted with Wes Phelan, Goodby Silverstein & Partners creative director, all about the hunger and passion of South Africa’s creative industry. Wes is always keen to re-imagine what’s possible, not letting obstacles stand in his way, which is exactly how he managed to take the idea behind Adidas’s ‘Original Is Never Finished’ from conception to reality. At the heart of everything Wes does is the belief that audiences and brands need to connect in a unique way in order to create lasting impact.

LBB> You were born and grew up in South Africa. What early memories do you have of the country and its culture?

Wes Phelan> South Africa is a beautiful place. With amazing people and incredible energy. Everything about home has been vital to expanding my creativity.

LBB> What were your interests when you were young? Were you always creative?

Wes Phelan> I have always been interested in art and music. My dad is pretty talented with a pencil, so I’m sure that may have played a role in influencing my career path.

LBB> What inspired you to get into the industry and was this always the plan?

LBB> You’re now living in San Francisco. Do you think there is anything that people from outside South Africa get wrong about the country?

Wes Phelan> They are not called traffic lights in South Africa, they are fondly known as robots.

LBB> In your view, which South African brands are currently getting it right when it comes to their creative and why? And is there anything which the US market could learn from their success?

Wes Phelan> The brand I think about most is definitely Chicken Licken. Probably because I miss their signature hot wings. But on a serious note, Chicken Licken commercials are examples of great South African storytelling. The product seamlessly integrated in a truly intriguing execution.

LBB> What else excites you about the creative industry in SA?

Wes Phelan> The hunger and passion to make great work oozes out of South African creatives. I love that.

LBB> How does your background influence and inspire the work you do today? Where do you find your inspiration?

Wes Phelan> The amazing things I have seen and experienced through my career in the industry always keeps me inspired and excited for what may happen next.

LBB> Your ‘Original is Never Finished’ ad for Adidas is amazing; I love how it takes such a well-known classic and reimagines it for a contemporary audience. How did you come up with the idea behind it?

Wes Phelan> Well, that one was a legal nightmare for our producers. I remember running them through the idea in its early stages and they were like “we can never secure the rights to all the content you want to remake”. In the end It was a true collaborative effort to make this one possible. With shout-outs to my creative partner of 12 years, Matt Edwards, director Terence Neale, and, of course, the now creative director of Vogue Italy Ferdinand Vederi. This one took a village to create and the results were incredible.

LBB> You’ve said that you’re “committed to winning hearts rather than trophies”. Do you think that’s an attitude that gets somewhat lost in the modern industry?

Wes Phelan> I think at its core the message serves as a reminder to me — to keep the audience first, have fun, and the rest will follow.

LBB> Where and which markets do you think creatives should be looking to for new and exciting ideas?

Wes Phelan> Wow — everywhere, the internet means that we are no longer held back by geographical boundaries. The content on TikTok for example is showing the world that anyone can now truly create music/art/crypto/cinema with this tiny device.

LBB> Besides the Adidas campaign, what are some of the favourite pieces of work you’ve done and why?

Wes Phelan> You know that is extremely difficult to answer, every single piece of work I have made has come with a unique lesson, so each of them has a special place in my heart.

LBB> Finally, what’s the best piece of advice you’ve been given in your career so far?

Wes Phelan> I have been given so much great advice from so many mentors that Matt Edwards and I created a cheat sheet of the best ones that we share with all our creatives.

South African Creativity: “No Fixed Ceilings, No Fear of Boundaries”