What Happens When the New Wave of Entrepreneurialism Sweeping the World Collides with the Agency Model? 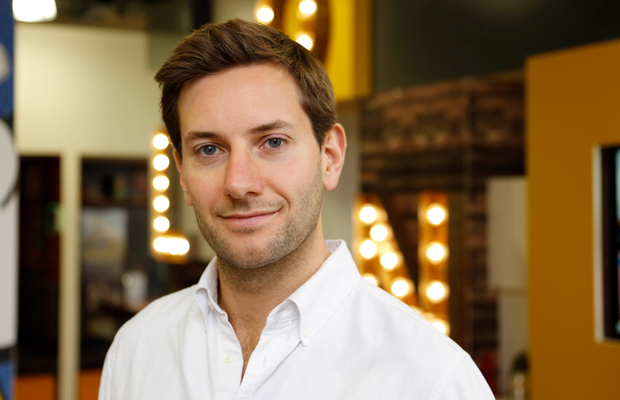 This article explores how Gen Z entrepreneurialism, the rise in Bitcoin trading and a push for new models of pricing might influence the future shape of the marketing agency. Drawing references from Nobel Prize winner Richard Thaler, Saracens rugby club and Goldman Sachs, The Marketing Store’s client development partner Nick Goff imagines how the relationship between an agency and its employees may evolve, and argues that with autonomy, marketers will embrace a new sense of experimentation.

Right now, it’s hard not to get swept up in the irresistible surge of entrepreneurialism sweeping the globe. The hustle is inescapable. Everywhere you look, people are scheming, making and monetising their ambitions, and this enterprising wave has hit our industry like a tsunami. Every day my LinkedIn feed is flooded with new start-ups, with a daily stream of the old guard opening up new shops, or electric young things unveiling semi-indescribable new products.

Like the 2008 financial crisis, the pandemic has again proved the mother of invention. Close to home, my sister-in-law’s budding career as an actor came to a cruel pause, yet she has emerged with a highly successful, direct-to-consumer dried flowers brand. An architect acquaintance has become the most unlikely children’s author and a friend, daylighting in music publishing, is now moonlighting in crypto. Nobel Prize winner Richard Thaler was one of the first to spot the potent potential of lockdown boredom fused with the prevalence of trading apps. We need only look across the pond to see his theory become manifest: President Biden’s stimulus cheque hits, everyone’s favourite crypto currency rockets.

This go-getting movement isn’t just confined to what we’re selling, it’s also changing how we’re selling it. Every suit in adland has sat in a Zoom recently to discuss our industry’s cursed revenue model. We’re bored to death of hearing about its death. But for those that have poured blood, sweat and tears into rates and hours, it’s impossible not to get giddy about the thought of rethinking how we should be paid. Subscriptions, royalties and dynamic pricing; everyone else is doing it, why shouldn’t we?

So what happens when hustle culture collides with the agency model? And what does it mean for the way our industry attracts and engages talent?

The Marketing Store’s recent If Not Now, When? report revealed that 54% of Gen Z have made money from something they have created, and for 1 in 20 its their main source of income. To attract these talents as they enter the workforce, surely we’ll have to create collectives that embolden this culture of entrepreneurialism?

The money men will undoubtedly assert that the current employee renumeration model is based on experience and performance; together they determine how quickly you move up the ladder. Your reward might even be influenced by the company’s success, whether in the shape of a bonus scheme, share issue or alike.

But I don’t think that limited sense of ownership will cut the hustle mustard for much longer.

Whilst in many senses hustle culture is all about the money, it’s not just about the money.  It’s also about independence. Incoming Gen Zs will likely demand a greater sense of autonomy from their employers than those before them. Indeed, if we want the hottest entrepreneurial talent, we might even find ourselves investing in their products. Traditional employee contracts may start to look more like joint ventures—think the Saracens rugby union club model, minus the murky finances. While client briefs could become more like partnership propositions, with challenges like brand purpose or affinity tackled by agency staffers monetising their own purposes and passions.

And what of the agency renumeration model? Could it be that the big players look to divest accountability and profitability? Companies might segment into smaller subsets to fuel that start-up mentality.  Personally, I suspect the ‘beehive model’ may become a source of experimentation—distinct and potentially competing segments divisions of the business empowered and financed to not only maintain and grow their brand portfolio, but to build their own products and set their own revenue models. These could operate in perfect harmony, semi-conflict, or even all-out-war. What’s to say we don’t stray into the ruthless vanguard of the vampire squid, and adopt Goldman Sachs’ infamous sickle for the weakest 5%?

What’s certain is that the restless have become relentless, and vice versa. While side hustling has been present in our industry for many years, these flanked ambitions won’t stay happily tethered outside the agency door for much longer. Sooner or later, they’re going to be strutting right through the reception and agency leaders need to be ready to greet them.

To ensure their business is set up thrive in this new world order, management teams must begin thinking more entrepreneurially: whether that’s creating initiatives that fund their existing employees’ side hustles, building out cultural partnerships capabilities to engage Gen Z innovators on their terms, or even investing in their own product development.

I might not be Gen Z, but whatever this new frontier looks like, I’m in. Maybe in 2022 I won’t just be in the business, but I’ll be in business with The Marketing Store.

More from The Marketing Store