Created by JWT Canada, the 'Consent Script' will be released on the International Day for the Elimination of Violence Against Women 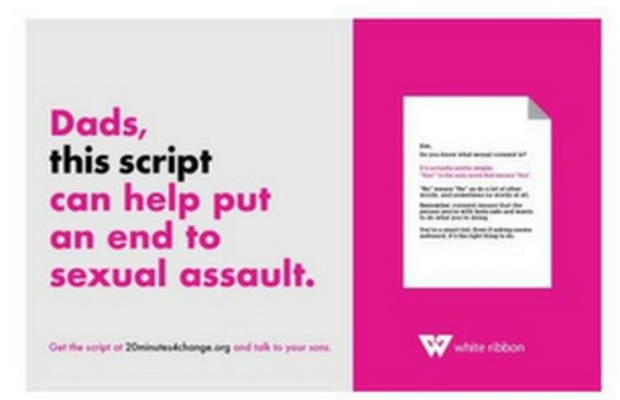 White Ribbon has launched 20minutes4change.org. The website is a continuation of the 2016 initiative which aims to end sexual assault by empowering dads to teach their sons how to be agents of positive change.
While the first year of #20minutes4change (originally launched as #20minutesofaction4change in 2016) urged dads to pledge to take 20 minutes to talk to their sons about consent and respect for women, the second year takes the initiative one step further by providing dads with the “Consent Script.” The “Consent Script” is a script dads can use to teach their sons what consent is. 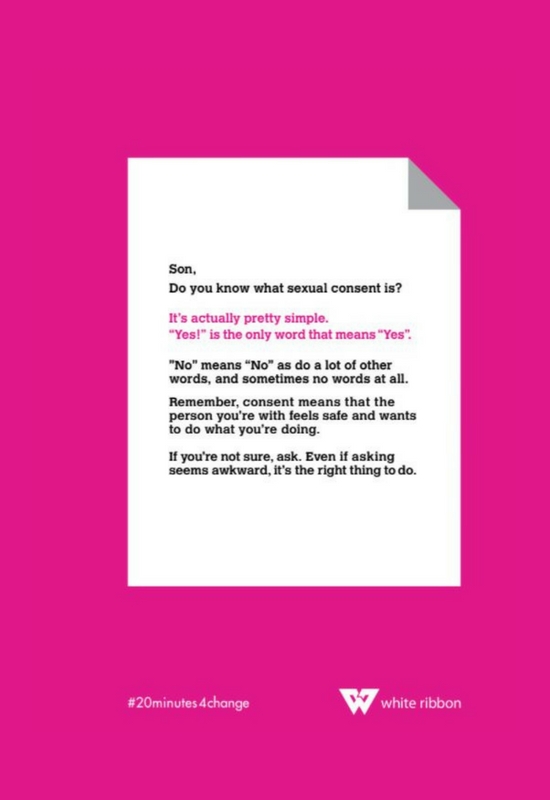 Humberto Carolo, Executive Director at White Ribbon said: “One in three Canadians don’t fully understand consent, much less how to talk about it with their kids. This year, by giving dads the script they need to have this conversation with their sons, the campaign is poised for even greater impact.”
Working with creative agency J. Walter Thompson Canada, the “Consent Script” will be everywhere from November 25th, the International Day for the Elimination of Violence Against Women. Out of home and digital out of home ads featuring the “Consent Script” will be live all around Toronto. Take home versions of the “Consent Script” will also be made available as coasters at restaurants in the city.
Additionally, media companies, influencers, politicians and organisations across Canada will donate their media space on November 25 to raise awareness for #20minutes4change.
Susan Kim-Kirkland, President and CEO at J. Walter Thompson Canada said: “It was incredible to see the outpouring of support for the initiative’s inaugural year. I’m excited to see #20minutes4change mobilise more dads to raise a respectful generation of men.”
“As the father of a young boy, I have a responsibility to shape him into a respectful, kind human being. With that comes conversations that aren’t always easy. I’m proud to be a part of something that breaks down the barriers for fathers to have the critical conversation with their sons about sexual consent and respect for women,” says Josh Budd, Chief Creative Officer, J. Walter Thompson Canada.