Why a Peruvian Beer Brand Admitted Its Contribution to Gender Inequality 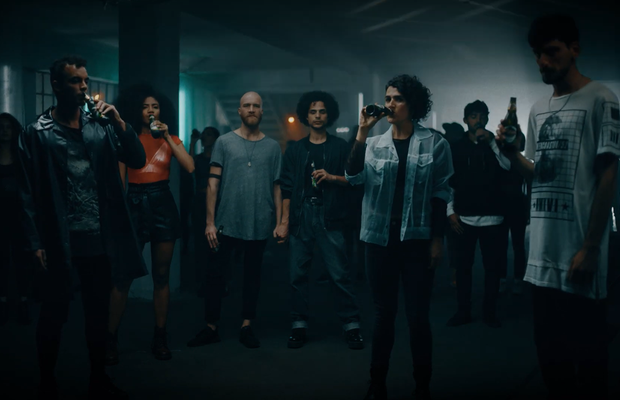 Many beer brands have history when it comes to sexist advertising but very few will go out of their way to admit it. The same can’t be said for Pilsen Callao, a beer from Peru that’s part of AB InBev. In a recent campaign by Fahrenheit DDB Peru, which is part of DDB Latina, Pilsen Callao called out everyday sexism in the country and acknowledged its contribution to the problem by following certain paradigms of sexst advertising. The campaign was smart, managing to be entertaining while dealing with a serious issue - Peru is recognised by the World Economic Forum as having the highest rate of sexism in Latin America. It gave new purpose to the famous drinking game 'Never Have I Ever', as a series of common sexist traits are read by a voice over and people within the film have to take a swig with each one.

Addison Capper spoke with Ricardo Chadwick, partner and chief creative officer at Fahrenheit DDB Peru, to find out more about the road to the campaign and the reaction in the country since its launch.

LBB> It's a bold move for a brand to kind of admit that it's part of a problem. Why was this the right strategy for Pilsen Callao?

Ricardo> We live in an era where brands’ actions are criticised daily – especially those with a long history. Pilsen Callao has more than 150 years in the business and, as a beer brand, has contributed to gender inequality with sexist advertising. For the last five years, the brand has changed its communication dramatically by playing a better role in the construction of a fair society, but in order to become an agent of change for gender equality, it was important to admit what they did in the past.

LBB> What kind of brief were you initially presented with? And how did that brief lead to this idea?

Ricardo> Pilsen Callao needed to approach a conversation regarding gender equality, but on a very specific topic: sexism within friendships – a difficult task considering we live in a country where most people cannot identify it and even deny it’s a problem.

So, we asked ourselves: how does a beer brand own up to its sexist past and expose sexism to a crowd that has never perceived it? Ironically, by playing a round of Never Have I Ever. We used the most popular drinking game known to mankind and made an entire nation come clean on the way they behaved with friends. This was the opportunity to talk about sexism.

LBB> What kind of research and insight informed the idea? Were there any findings that you found particularly shocking?

Ricardo> We knew Peru was a sexist country before even doing this campaign, but we did not know the extent of it. So we were quite shocked and disappointed to know that according to the World Economic Forum, Peru has the highest rate of gender inequality of the entire Latin American region. Having this piece of information really helped us find a starting point.

LBB> What kind of reaction did you see from the client when you first presented this idea?

LBB> What specifically inspired the idea to centre the campaign around the Never Have I Ever game?

Ricardo> This was not just an awareness message; this was our main summer campaign and the launch of our new purpose, therefore we needed to create a powerful, popular, and effective idea for a beer brand. Usually that demands a fun factor, so we knew that whatever the idea was, it had to overcome our target’s expectations. After we agreed on this, the next step was to find a ‘revealer’ that was ‘fun’. That took a while until we realised it was there all along: a drinking game where people who admit to something must take a swig. That was it. The difference is we gave it a helpful purpose.

LBB> Why was that idea the perfect route for this message?

Ricardo> The nature of this game allowed us to simplify our message. It involves a glass of beer, friends, and most importantly, it involves being unapologetically honest. Add to that the fact that everybody knows how to play it. It was the best way to expose sexist conduct to people who might not be able to recognise them otherwise.

LBB> What kind of reaction have you seen in Peru to the campaign?

Ricardo> Well, for starters, a significant number of people not only supported it but were in favour of the positive change Pilsen Callao is committing to. Secondly, a conversation surrounding equality took place between groups of friends; which is astonishing if we take in consideration that this topic is usually avoided in social gatherings due to possible clashes of opinions and postures. Fortunately, this game helped create a safe environment for this conversation to happen – so hopefully no friendships were harmed during the process.

Ricardo> Anyone who does advertising for a living knows not all people are fans of brands getting involved in social causes. And we get it; nobody wants to be told what to do or how to think. So, the trickiest component was to get the point across without coming across as condescending; especially since there was a possibility people might bring the brand’s sexist past as an unfair reason to shoot down the campaign.

Ricardo> Never Have I Ever is just the start of something that could potentially get bigger, and this is not just coming from the brand or the agency. I think the new generation of Peruvians is looking forward to a future where gender equality is not a plan but a reality, and it takes a lot of ideas, actions and minds to eventually get there.