With creative support from GGH MullenLowe, Jaap Korteweg, the founder of The Vegetarian Butcher, is officially applying for membership of German meat associations 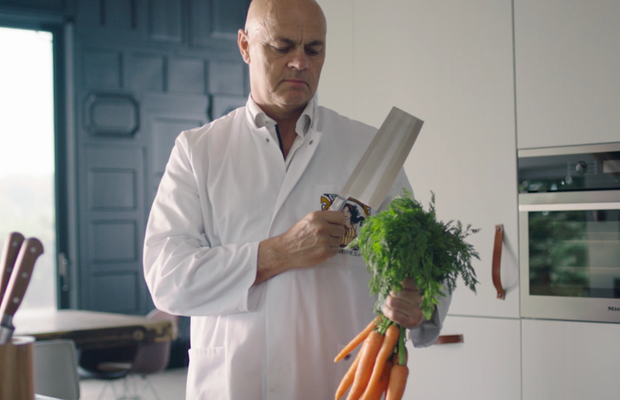 The Vegetarian Butcher is on a mission to gain membership into German meat associations and become the world’s greatest butcher in a new campaign by GGH MullenLowe.

"The true art of the butcher is to have a passion for ingredients, knowledge of products, and the ability to give personal advice and share the most delicious recipes," says Jaap Korteweg, founder of The Vegetarian Butcher. “We both possess those qualities and put the welfare of the animal first, but we believe the perfect meat with perfect taste does not require animals,” he continued. Instead, The Vegetarian Butcher uses new and sustainable techniques to produce ‘meat’ from legumes and grains.

In a letter to the German meat associations, Jaap Korteweg is now officially applying for membership. "It’s a sincere inquiry. We want to enter into a dialogue with the associations and the industry in order to break new ground together and open up new perspectives,” Jaap said.

The application video outlines Jaap’s plans for the future and his ambitions to become the world’s greatest butcher. Through social media, Jaap is calling on those who love the taste of meat as much as he does to become part of a movement for a whole new kind of diet. Using the hashtag #thevegetarianbutcher_de, Jaap is hoping to redefine what it means to be a meat lover. The application video will be played widely in digital and social media and will be supplemented by 6-second, 11-second, and social ads.

The Vegetarian Butcher has recently entered the German market with attention-grabbing product names and copy, as well as humorous out-of-home motifs and ads. The concept and implementation of the application to the German meat associations comes from the creative agency GGH MullenLowe.