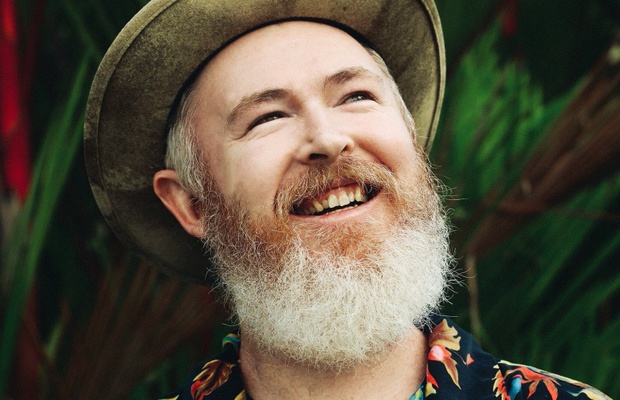 Idealism: the belief that your ideals can be achieved, often when this does not seem likely to others.
Don’t let the grinding mundanity of reality get you down. According to TBWA\Singapore’s ECD Andy Grant, idealism is a creative’s secret weapon that will allow them to transcend traditions and ingrained assumptions to make work that’s truly original. The optimistic idealist strives to achieve what the rest of society calls impossible – because they have belief. In a rallying call to creatives everywhere, Andy extols the benefits of idealism and shares some insights on how to harness it.

Why is idealism important in creativity?

Andy> Idealism allows you to push beyond what's been done before and see something others don't. Creativity is about dreaming and imagining what can be. You must be able to allow yourself to go to wonderfully different places in your mind and imagine what if...?

What are the biggest barriers to idealism, and why?

Andy> Reality! Sometimes reality grounds us too much. It creates barriers and tricks the mind into thinking it can't be done. Reality can give us too many reasons that stop us or discourage us.
A lot of marketers would prefer to know an idea works rather than take a risk. More often than not there is comfort in knowing it has been done before and was successful. This leads to following expected paths and not challenging or creating original work. And this isn't good for creativity.

Personally, what examples of creativity do you think are borne from idealism?

Andy> Flying. The internet. The iPod. Disneyland. SpaceX. All these ideas imagined the impossible. They saw something that wasn't there and imagined what the world could be like with them. Then they did the unimaginable and made them real.
Imagine what would happen if millions more of us thought like that. Not just the Wright Brothers. Not just Steve Jobs. Not just Dr Martin Luther King.

Can idealism be a hindrance?

Andy> Not as long as you use realism to steer and learn, but not lead. I think it is important not to confuse idealism with perfection, in the real sense. Idealism is only a hindrance when there is no room to fail.

So idealism and making mistakes can live in the same space?

Andy> Yes, they can co-exist. You must be willing to fail to truly create something original. For every 100th failure there is a win. But we are conditioned as a society to think of failure as a negative thing and not as a learning experience.
Expectations for performance and success are high but culturally there is much less option to fail.  There is a constant pursuit of perfection, but only in the tangible – for example, school grades. From a young age, we are taught to strive for perfection, with less or no emphasis on creativity and experimentation.  And far too often with creativity and ideas there is a 'search and reapply' strategy that is adopted. If you woke up every morning thinking today might be my last day on earth, what would you achieve or do with that day?

What can we do to allow idealism into our creative work?

Andy> We can lean on data. And we can approach everything from a point of view of curiosity. For example, the beauty of social is that it's a testing ground for ideas. You get to engage with an audience in real time and learn in real time. If it works great. If not, pivot and try something different. It is creativity after all, not science.

What’s your personal experience with bringing idealism into creativity?

Andy> When I moved to America, I wanted to create outstanding work with incredible. brands and with the biggest artists in the world. Nearly 10 years later,
I had put on a concert with global superstar J. Lo, attended by over 24,000 fans as part of the platform Neighbourhood Sessions for State Farm, which then became a television series sold to TNT.
I had created a film starring the two biggest sporting athletes in the world, Kobe Bryant and Lionel Messi for Turkish Airlines (with over 150 million views on YouTube).
I created a limited-edition product for T-Mobile with Netflix for the series Stranger Things, putting T-Mobile right at the heart of the buzz in culture when the third season of the show launched.

T-Mobile "1985 Is Calling" Case Study from Wildlife on Vimeo.

More recently in Singapore, when we went into the first Covid lockdown, everything seemed impossible. Confined at home with fear and anxiety, we didn’t know how things would play out. The thought of producing work seemed impossible. We then seized an opportunity for our client IKEA to lean into its brand promise of 'Make Home Count' and help inspire everyone through this. We mobilized the entire agency to produce a film, Make Home Count. Planned, directed, shot and edited in our own homes, with our own families as filmmakers and talent... somehow, we all came together in the craziness and made a piece of magic. It’s an inspiring story of being idealistic and a client who believed in it.

How can disruption compliment idealism?

Andy> Disruption is the perfect lead in for Idealism. It asks the question and kickstarts the desire to change and to be original, to question and look for the opportunity for change.

Retail’s Big Reset: Rewilding, Rethinking Tech and the Rebirth of the High Street