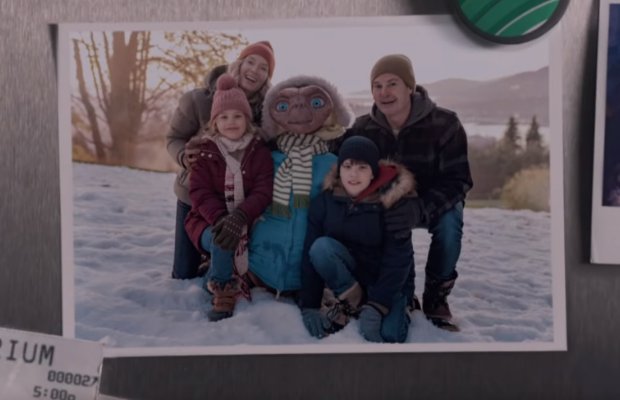 I can’t help feeling that the whole ‘Christmas Campaign’ phenomenon may have peaked, but it’s nice to see a few retailers still putting the effort in, so here’s my take on this year’s efforts.

The early leader for me was Sainsbury's with their 150th anniversary ad. Loosely based on ‘Oliver’ we see Mary Ann Sainsbury in the ‘Nancy’ role, helping our young hero to escape injustice; who in turn brings gifts to his young cohorts and ultimately invents the legend of Santa. All in two minutes. Nicely shot, beautifully directed, full of charm and tongue-in-cheek wit that gives the whole thing a heart-warming Christmassy feel. A perfect way to kick off the festive season. Halfway through November.  8/10.

Public favourite John Lewis have used a ‘How to Train Your Dragon’ theme to introduce ‘Excitable Edgar’ into the nation’s consciousness. The Child's friend Edgar can’t control his fire breathing, bringing chaos to the village Christmas preparations until he uses his powers to light the Christmas pud and wins over the crowd.

Not for me. Well shot, with some lovely moments and classy CGI animation but they’ve over stretched the solitary gag and I can’t help thinking the potential sales of ‘Edgar’ were first and foremost. Even the REO Speedwagon cover can’t save this one. 6/10.

As an Emirates stadium regular I’m no stranger to the classic House of Pain track ‘Jump Around’ that M&S have used on their Christmas offering – and to good effect. With more than a touch of twisted Levi’s, an assembled cast and some well-choreographed moves bring the clothes to life. Or rather the clothes bring the people to life. Fun, full of energy and a really nice way to be reminded that M&S should be right up there on your shopping list. 7/10

Argos - The Book of Dreams

As the father of a 10-year-old drummer, Argos got right into my psyche. Dad down in the kitchen playing with his kids presents in the middle of the night. Who hasn’t done that before! A simple idea that builds nicely with the soundtrack, a kitchen that turns into an epic stage set and daughter joining dad in a drumming duet. Perfect. Would have liked to see mum and brother join in on bass and guitar but maybe that only happens in my house…7/10

Furniture shops usually hit the airwaves post-Christmas but then Ikea are no ordinary furniture shop. An absolute thumper of a spot with a collection of tacky, brilliantly animated ornaments bemoaning their environment through a superbly executed sound track. Just brilliant. The styling and direction are spot on and the soundtrack is wonderful. My only criticism would be the lack of Christmas presence…but hey. 9/10

And then there’s Sky. I recognised him straight away. My wife took a minute. My children had no idea what we were going on about. Ell-i-ot. The actual real little boy from the original E.T. film all grown up with a family of his own – revisited by the actual real E.T. (you know what I mean) – also all grown up with a family of his own. This one is the only one that inspired that cinematic rush, that moment when you instantly rewind it, call the family into the room and proudly run it again like you’ve somehow had a hand in making it. It’s not even particularly well put together, a clunky edit that shoehorns the best moments from a forty-year-old feature film into 120 secs - but it just works. And that original orchestral climax when the hologram appears on the boy’s hand gets me every time. Well done Sky. 10/10