With the Colours of the LGBTQI+ Flag, the Pride Constitution is Launched in Brazil 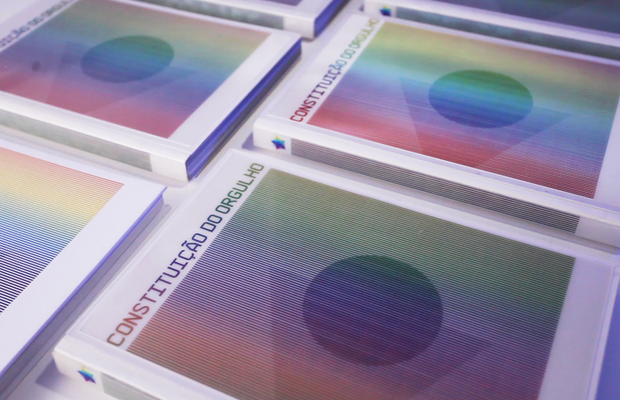 Brazil has one of the world's largest LGBTQI+ populations: more than 20 million people – or almost 10% of the country's total. However, it is also the country with the worst rate of violence against this population, with a death recorded every 19 hours. Despite the approval by the Federal Supreme Court of the bill that classifies homophobia as a crime, on June 13th, 2019, the situation has not improved much ever since. According to a survey by the Folha de S.Paulo newspaper, 92.5% of the LGBTQI+ population reports that violence has increased.

In order to reinforce the government's commitment to protecting its citizens and the sovereignty of the Brazilian Constitution, São Paulo's Brazil Bar Association's (OAB-SP) Diversity Commission released the Pride Constitution last Sunday, June 28th. Created by the SunsetDDB agency, the project uses the design and colours of the LGBTQI+ flag to highlight that the Brazilian Constitution already has several rights that should protect this population, but these are unknown to and violated by a significant portion of the Brazilian population and government.

The initiative invited lawyers from the São Paulo's Brazil Bar Association's (OAB-SP) Diversity Commission to find and emphasise these rights using the colours of the LGBTQI+ flag. Each colour represented a different type of crime: assault, insult and defamation, psychological violence, institutional violence, sexual violence, and homicide. The result gave rise to a special edition of the Constitution – colourful and with a unique design – which inspired the new bill by Congressman David Miranda (PSOL), presented in Brasília last Thursday, June 25th, requesting that 30% of the copies of the Brazilian Constitution be printed in these colours.

In a limited run length, print copies were produced and distributed to influencers, advocates of the cause and prominent icons in the fight against LGBTQphobia. To expand access to the general population, the project is also 100% available online for download, with tools and clippings that enable the sharing of excerpts and specific articles on social media. 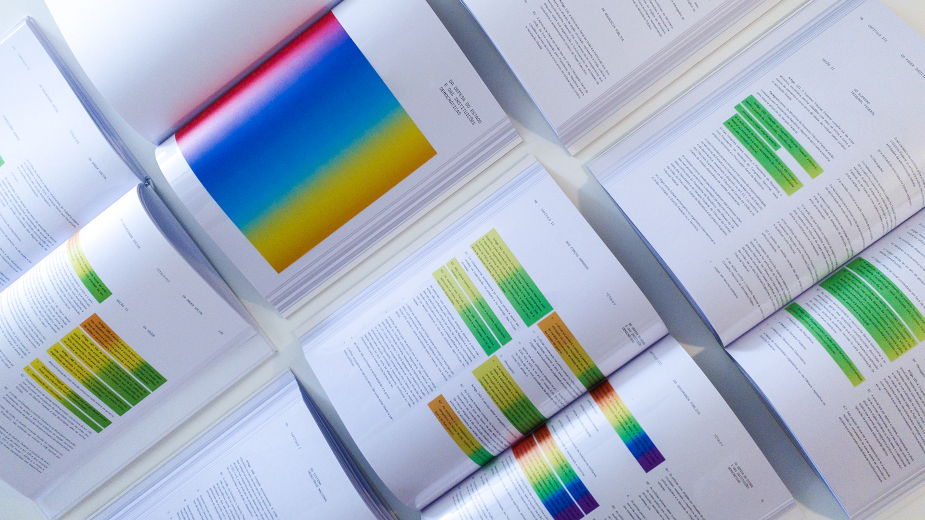 “Guaranteeing citizens' rights without distinction, as well as ensuring that these rights are enforced, is fundamental. For this reason, the objective of this initiative is not only to shed light on this important social issue, but also to raise awareness of the rights and duties determined by the Brazilian Constitution,” says Marina Ganzarolli, chair of the São Paulo's Brazil Bar Association's (OAB-SP) Diversity Commission.

“The Pride Constitution adds colour to some rights that have been provided for a long time in the legislation, but which are invisible to many people. Rather than creating laws that protect the LGBTQI+ community, the existing Constitution must be known and respected by all Brazilian citizens. This special edition of the Constitution intends to give visibility to these fundamental rights,” highlights Filipe Rosado, copywriter at SunsetDDB.

“The Pride Constitution project started at the end of last year. It is an impacting idea to emphasise that the entire Brazilian society needs to know and enforce the existing laws to fight crimes against the LGBTQI population,” says Guilherme Jahara, co-president and CCO at SunsetDDB.

“At a time of so many setbacks and attacks on our rights, it is important to welcome an initiative like the Pride Constitution, aimed at the Brazilian LGBTQI+ population, not only to raise awareness of our rights, but also to encourage active citizenship and make sure that these rights are actually enforced. As long as there is LGBTIphobia, we will never be a real democracy. This must be a struggle of the entire Brazilian society,” reinforces David Miranda (PSOL), champion of the cause and first LGBTQI+ city councillor in the history of Rio de Janeiro.

To access the Pride Constitution, visit constiticaodoorgulho.com.br and check out its content. There, you can download the Constitution, learn about the different crimes suffered by the LGBTQI+ community – indicated by the colour of the flag – and share some of the main topics and excerpts of the legislation on social media, giving voice and visibility to the cause.