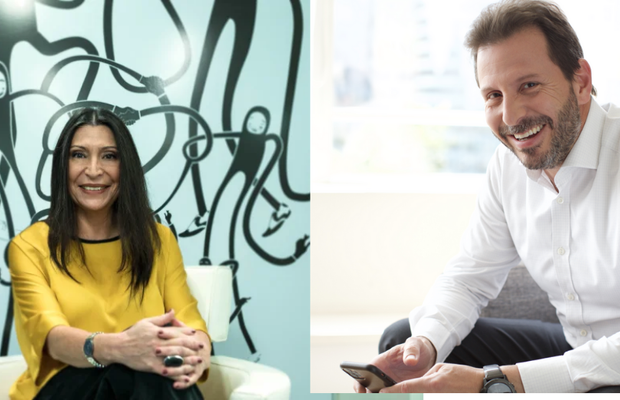 The Women Economic Forum, which was held for the first time in Chile, has awarded McCann Worldgroup Latin American leaders for their contribution to the initiative and their ongoing efforts to promote the development and positioning of women in society. Fernando Fascioli, president of the MW regional network, received the award 'Business Reference Leader for Equity'; while Maribel Vidal, president of the company's Women Leadership Council, was awarded the 'Iconic Woman Creating a Better World for Women'.

Constanza Prats, director of the international instance, comments: “Understanding the role that marketing and advertising can play to advance inclusion, gender and shorten the gaps regarding female participation was one of the most interesting aspects of the event. Fernando and Maribel have an outstanding trajectory in this matter. We wanted to highlight that and that their path serve as an example to add more allies to these challenges.”

Under Fernando's leadership, the Latin American Women Leadership Council was created at McCann Worldgroup and was the first agency in the world to sign the Women's Empowerment Principles (WEP) with UN Women. In addition, he adheres to He For She, the global movement in favour of gender equality promoted by the United Nations, and his work in favour of equality was appreciated in 2019 with the “El Inspira” award by the REDMAD Chile.

The ceremony took place online. Fernando Fascioli Commented: “Sustainable economic development depends on our ability to embrace diversity as an engine of progress and social well-being. More empowered women, with more presence in decision-making spaces, will create more value. The creative and marketing industry today has a great task because the content which is presented and shared, impacts the culture in a consistent and meaningful way. At McCann Worldgroup, we believe that pushing these issues forward is everyone's responsibility every day. It is in our hands to avoid biases, demolish stereotypes and build stories where inclusion and diversity are protagonists of better realities. I receive this recognition with humility and also committed to ensuring that these awards are no longer necessary because equity becomes the norm."

Meanwhile Maribel Vidal, who within her career considers having been chosen in 2019 by Adweek magazine among the 41 Women Trailblazers for her commitment to breaking down barriers and opening new opportunities for others, commented: “Incentives of this kind are a stimulus that reflects that, although we still have a long way to go, we are on the right track. This is the time for action, we have the opportunity to get involved to change the world. Hopefully, initiatives like the WEF accelerate awareness of the changes we need.”