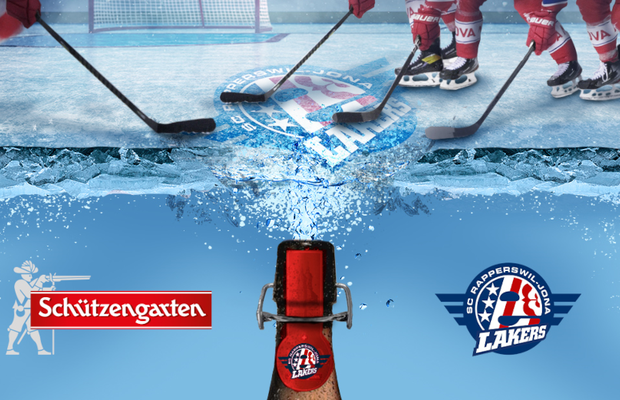 Since the start of the year, Switzerland's oldest brewery has been working on its latest and potentially most unusual beer. Schützengarten transforms the real ice from the hockey rink of the SC Rapperswil-Jona Lakers into a special beer limited to 500 litres.

Developed for the Lakers by global advertising agency Wunderman Thompson Switzerland, this idea hopes to give fans, who were not allowed into the stadium this season, something very special.

Last week, Coors also released a beer with water from a hockey field, only a few days after the Tampa Bay Lightning won the Stanley Cup on the very same ice. The fact that the same idea was quickly implemented has been easily accepted in Switzerland.

Swen Morath, chief creative officer at Wunderman Thompson Switzerland said: “Coors produced in lightning speed. After all, a beer brewed in just a few days can only be a light beer. But as Swiss, we are committed to premium quality.”

Kurt Moor, member of the board Brauerei Schützengarten, said: "To brew a first-class premium beer in terms of taste, you need one thing in addition to the best ingredients: a lot of time. Nothing works under four weeks."

The Lakers made it to the semifinals of the Swiss Hockey League, which in normal times has the most spectators in Europe.

Markus Bütler, manager SC RJ Lakers said: "At every game, we would have been ready to scrape the ice right after. But of course, we enjoyed every win." Nevertheless, the ice machine scraped the ice field immediately after the team was eliminated from the playoff semifinals in April.

The resulting water was filtered several times by the Swiss water purification company evodrop and closely inspected by the cantonal food inspectorate. After the government approved the water quality on July 12th, brewing finally began today, so that the Schützengarten beer in red ale style will be ready on schedule for the start of the 2021/2022 season. 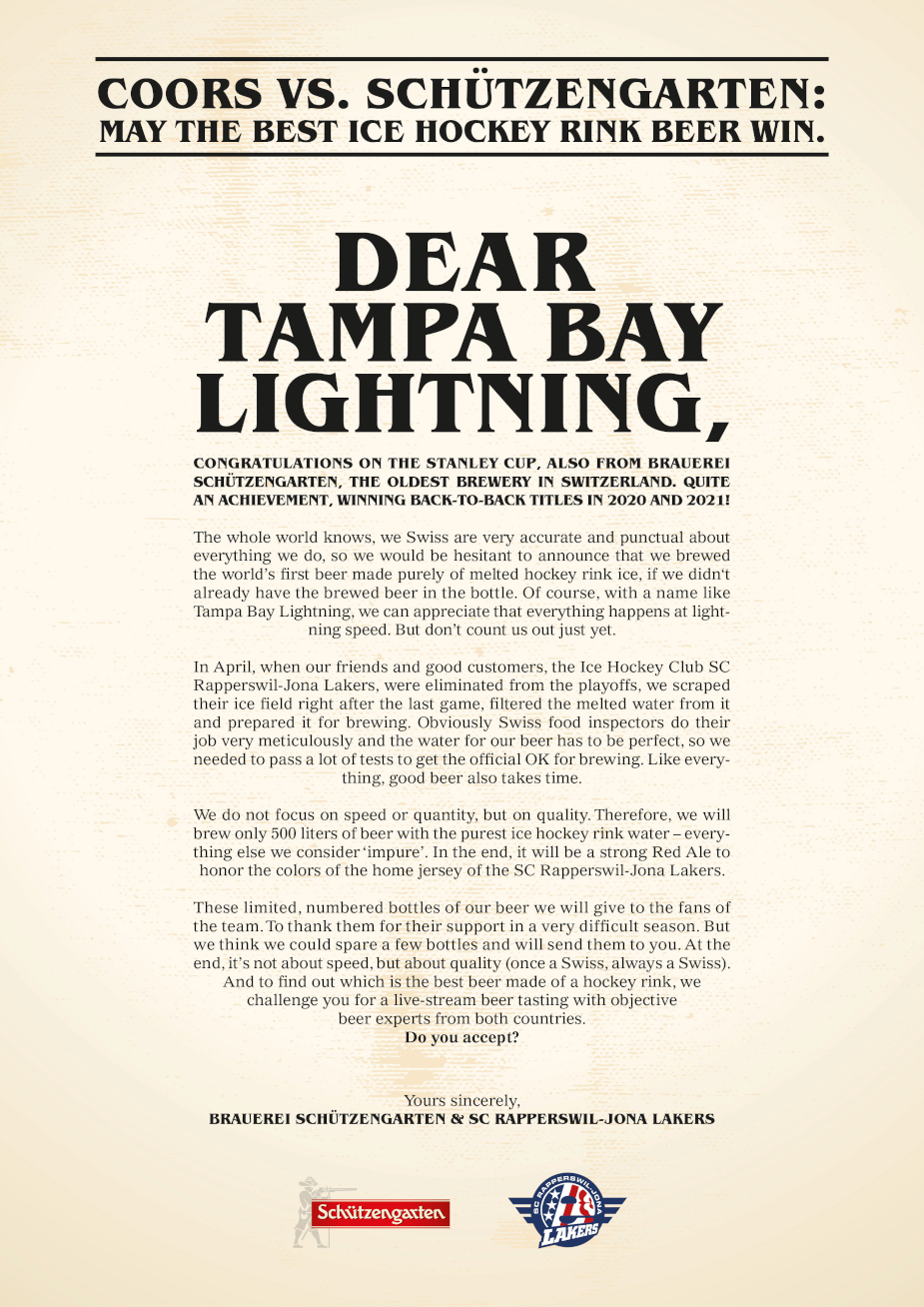 Because they value quality over speed, Schützengarten asked Coors and Lightning via social media and an open letter to do a beer tasting. Once the Schützengarten beer is brewed, they plan to taste each other's beers together. The event will be conducted by a beer tasting specialist and live streamed.

May the best beer from an ice hockey field win. Because quality trumps speed.