The agency swept the awards night with a total of eight metals - four Golds, two Silvers and two Bronze for its PepsiCo India business 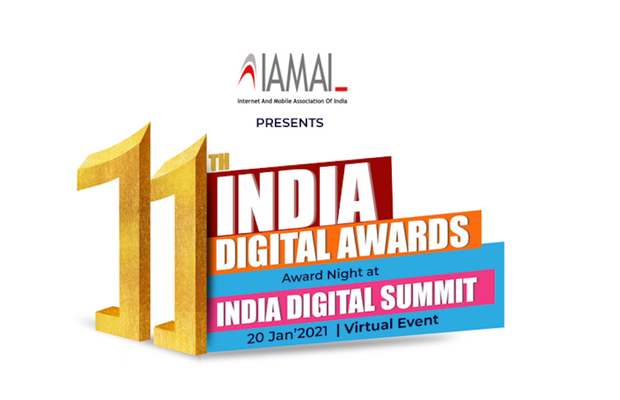 Wunderman Thompson India begins the new year on a high. At the recently concluded 11th India Digital Awards presented by the Internet and Mobile Association of India (IAMAI), the agency was awarded gold as the Digital Agency of the Year and stole the show with a stupendous win of eight metals for multiple campaigns crafted for its PepsiCo India business.
The agency’s winning tally included seven metals for PepsiCo India Beverages (brand Pepsi) – four Golds, two Silvers and two Bronze for PepsiCo India Foods – Brand Lay’s. The dominant performance of the agency in categories ranging from Best Use of Mobile for Content Marketing to Social Influencer Campaign and User-Generated Content, are a testament to the agency’s claim of being an integrated communications partner, offering end-to-end solutions for its clients.
Commenting on the awards win, PepsiCo India spokesperson, said: “Congratulations to the team at Wunderman Thompson for a well-deserved win. As a brand, it's a humbling experience to be recognised, given it's a testimony of consumers enjoying and resonating with our work. Wunderman Thompson has been a valuable partner in delivering culturally relevant campaigns focused on driving hope, trust and fun amongst our consumers. We look forward to creating more content with them that is relatable and impactful going forward.”
On being named the Digital Agency of the Year, chairman and group CEO, Wunderman Thompson South Asia, Tarun Rai, commented: “I am immensely proud that we have won the Digital Agency of the Year Award from such a respected industry body, for two reasons. First, for the past few years my effort has been to get our agency, with eight decades of building some of the best brands in the country, to pivot and exploit the exciting opportunities of various digital platforms. The merger of JWT and Wunderman, and the formation of Wunderman Thompson a couple of years ago, accelerated this transition. As we celebrate the second anniversary of Wunderman Thompson, this recognition gives me immense satisfaction since we competed, and won, against the top purely digital agencies, besides all the mainline ones. And second, that we have won this huge accolade basis the work we have done on PepsiCo India, a cherished and long standing relationship of over thirty years. The PepsiCo India marketing team has constantly encouraged us to create the same magic that we’ve created on traditional media over the years, on digital platforms. Their exciting and youthful brands gave us ample opportunity.”
“It is a huge honour to win Digital Agency of The Year for work done on two of our biggest and most coveted brands at Wunderman Thompson; Pepsi and Lays." added Senthil Kumar, chief creative officer, Wunderman Thompson India. "The fact that most of this work was done while the teams worked from home and collaborated across various locations in country remotely adds a genuine edge to the creative and digital potential of Wunderman Thompson India. The work that wins over the masses in the marketplace is the work that moves the award juries as well. This win will build our culture of inspiring growth for our brands and drive the agency forward into the future blurring the lines between traditional and digital media with the power of ideas that break boundaries.”
India Digital Awards (IDA) is the most esteemed accolade in India and a true symbol of digital excellence. Founded in 2009, IDA celebrates organisations, teams and practitioners who have surpassed landmarks and delivered successful business outcomes using digital as a medium.
Breakdown of Wunderman Thompson India’s wins: 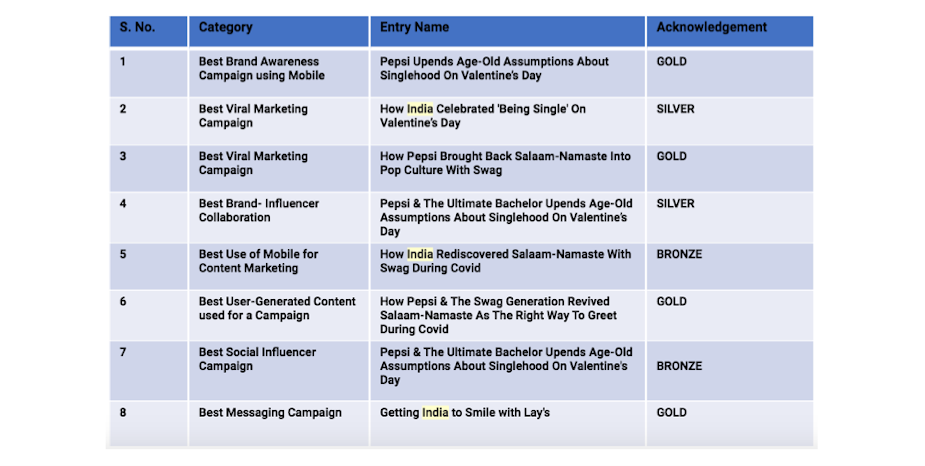