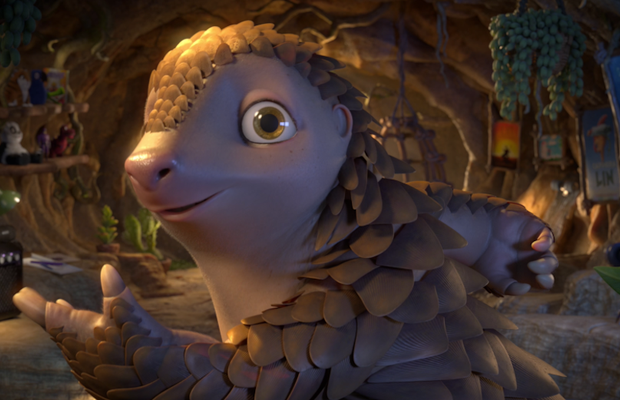 The mammal most threatened by wildlife trafficking is one that many have never heard of, at least not until earlier this year: the pangolin. Creative agency Arnold, supported by a coalition of fellow Havas Group agencies and animation studio Zombie, has collaborated with World Wildlife Fund (WWF) to find a unique way to raise awareness of this threatened species and the issue of illegal wildlife trade.

Launching this week, the #SaveThePangolins campaign introduces an animated and ambitious pangolin named Lin, who wants to star in a movie so it can raise awareness around the endangerment of its species. Lin’s story is brought to life through a series of creative assets including a 60-second hero film, during which this lovable creature highlights the need for action against the illegal trade of pangolins and calls on the audience for their support.

“Pangolins need a break,” said Crawford Allan, senior director for TRAFFIC at WWF-US. “They are being trapped, smuggled, skinned and eaten by the hundreds of thousands because of an explosion in demand for the exotic and rare, in the name of conspicuous consumption. This must change if we are going to protect these amazing creatures that are so important in the ecosystem.”

“Prior to working on this campaign, our team, like many people, hadn’t even heard of the pangolin. Today, most people still don’t know much about them. Given some of the fear and mystery around this endangered species, it’s become even more important to make people care,” added George Sargent, CEO of Arnold and Havas Media Boston. “Thanks to the efforts of our partners at WWF, people can take action to help save them.”

The #SaveThePangolins campaign underscores the urgency of the illegal wildlife trade crisis: an estimated one million pangolins were poached in just 10 years. This number is likely significantly higher, with an estimated 195,000 pangolins trafficked in 2019 for their scales alone. That’s more pangolins poached in the last decade than elephants, rhinos or tigers.

Mainly targeted for their meat, skin and scales, pangolins are consumed for various reasons in different parts of the world. For instance, in the U.S., their skin is used to make leather products like boots, belts and bags. In several countries in Asia, pangolin meat is consumed as a delicacy in high-end restaurants and the scales used for medicinal purposes in tonics.

International trade of all eight species of pangolins and their parts has been prohibited by the Convention on International Trade in Endangered Species of Wild Fauna and Flora (CITES) since 2016. Despite this strong level of protection, record-breaking seizures in 2019 show that pangolin trade is skyrocketing. If the current rate of illegal trade continues, the species could disappear from the wild in our lifetime.