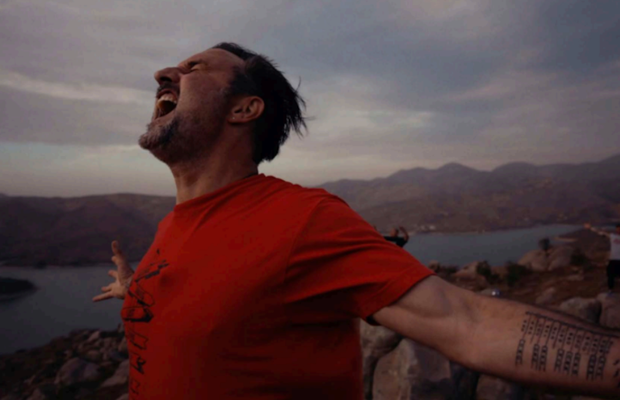 After winning the WCW World Heavyweight Championship in 2000 to help promote his movie ‘Ready to Rumble’, David Arquette found himself known as ‘the most hated man in wrestling’.

Fast forward a couple of decades and David’s acting career has stalled, he’s suffered some health issues and wrestling fans still hate him.

Enter ‘You Cannot Kill David Arquette’, a hilarious hyperbolic story of attempted redemption. Follow David as he returns to the sport he once admired, wrestling with inner demons and a notable lack of athletic ability, to reclaim some level of self-respect within the ring. A genre bending ‘Rocky Doc’y’.

Spearheaded by British-born comedy director Price James, the film reeks of his own unique brand of personal surreal humour, visually arresting action movie dynamism and British eccentricity. Starting his career as a renowned VMA nominated music video director, he moved on to directing TV commercials in both the UK and US.

As he quickly became known for his fierce sense of humour and genre, Price moved into stylised comedy script writing and satire. His award-winning short film Action Man: Battlefield Casualties (starring Matt Berry) lead him to direct You Cannot Kill David Arquette and approach this meta-documentary with a truly filmic style. The result is a heady blend of realism and hyperreality - described by Guardian writer Hadley Freeman as “One of the most jaw dropping films I have ever seen” and "The surprising love child of ‘Sunset Boulevard’ and ‘The Wrestler’ by Indiewire. You Cannot Kill David Arquette has received 86% on Rotten Tomatoes and won Best Editing Award at SXSW 2020.

With appearances from Patricia Arquette, Rosanna Arquette and Courteney Cox and with wrestling legends Ric Flair, Diamond Dallas Page, Eric Biscoff and The Nasty Boys the film is now available on Amazon Prime, Apple TV and iTunes and will be hitting Hulu and Sky on December 23rd.

Price James is represented by Curly in the UK for commercials.

The Work That Made Me: Chris Chung