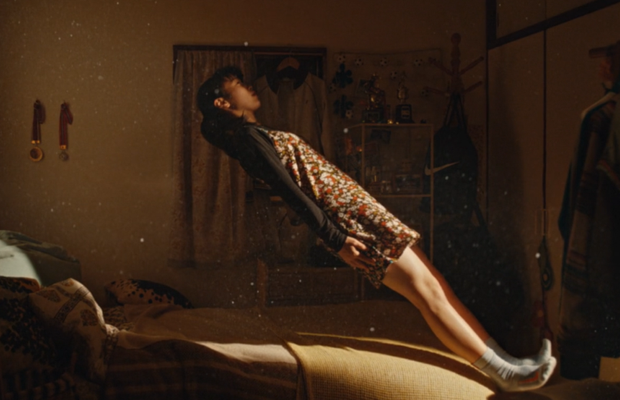 The new commercial, 'Keep Moving. Yourself. The future' features three stories based on athletes' real-life experiences, in particular three soccer girls from different backgrounds in Japan.

The film focuses on how they overcome their daily struggles and conflicts to move their future through sports. It's an emotional piece that empowers them and serves as an inspiration to anyone who find themselves in a situation where a brick wall of misunderstanding and self doubt keeps them from being their best.

Japan is a relatively homogenous society, but the heroics of the country’s multiracial rugby team at last year’s world cup and the success of tennis star Naomi Osaka are challenging old ideas about what it means to be Japanese.

Osaka, who was named the world’s highest-earning female athlete earlier this year, is celebrated in the country of her birth. But her rise to tennis stardom revealed problematic attitudes in some sections of Japanese society. An animated ad by one of Osaka’s sponsors, the Cup Noodle maker Nissin, portrayed her with with pale skin, wavy brown hair and Caucasian facial features, while a standup comedy act said she “looked sunburned” and “needed some bleach”.

Nike has not commented on the controversy but said on its website it believed in the ability of sport to transform lives. “We have long listened to minority voices, supported and spoken for causes that fit our values,” it said. “We believe sports have the power to show what a better world looks like, to bring people together and encourage action in their respective communities.”