You Open a Newspaper – and It’s Full of Briefs! 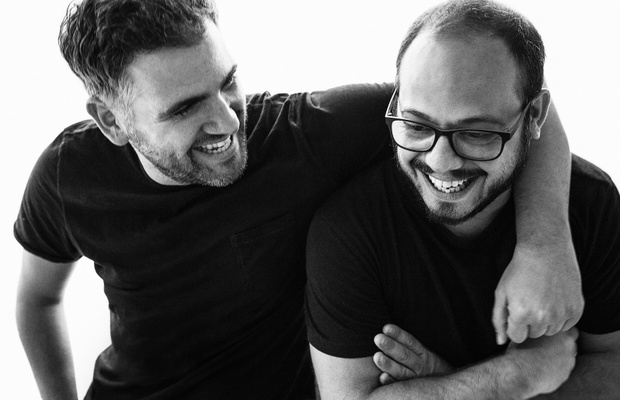 It’s an old cliché that two heads are better than one, but it seems that Wunderman Thompson is embracing it when it comes to its creative leadership. At a global level, Bas Korsten and Daniel Bonner are tag-teaming – and in Latin America they’re looking to replicate that success. The new regional chief creative officers Patan Tarazaga and Dany Minaker – who were previously CCOs of Wunderman Thompson’s Buenos Aires office - are bringing their ebullient and energetic dynamic to LATAM.
The pair has been working together for 13 years and they’ve developed an uncanny creative link. They started their partnership at MullenLowe, and spent time at Saatchi and BBDO as creative directors, before heading to Wunderman Thompson Buenos Aires. They’re paradoxically on the same wavelength and yet can think about things from completely different angles. “As we have been working together for a long period, I know more or less what Dany is going to say, what he is going to do. And he knows me,” says Patan. “Sometimes we think totally differently - and that's the good thing. Because you can think in different ways, but the goal has to be the same. We want the same for the company, for the network, for the work.”
And when it comes to their aims, they’re very clear. “Our objective is to be the greatest WPP partner in the future, and in the next year become the most creative network in LATAM,” says Dany.
In order to do that, the focus is on both developing the work as well as facilitating a culture of diversity and inclusion.
“In LATAM, of course that there are differences between all the countries in the region,” explains Patan. “Talking about the work, some of the offices are in one stage, some of them are in another. So, we want the same for all the offices which is doing great work. And we always need to keep in mind that we have to be inclusive, we have to think of diversity, we have to think in people first. We are here to help the offices to go one step farther from where they are, right?”
Dany agrees, explaining that he sees that the quality of work and diversity are intrinsically interlinked. “It's not about being diverse for the sake of being diverse,” he says. “It is about having better work, a better point of view, a better approach to the communication. It is massive, not just for us but for the whole company.”
The pair are taking on this ambitious new role at an especially challenging time. They’re based in Argentina, which is currently still under lockdown – the longest continuous national lockdown. Schools have re-opened and shopping centres are still closed. But across the LATAM region, the situation is pretty varied, which means that each office is facing a slightly different set of challenges.
“We have been in lockdown since March. So it's crazy. In Argentina we have the longest lockdown in the world - we are still in lockdown. Some people agree with the situation, others not. Some people can work, others can't, and malls are still closed. People are having a difficult time,” explains Patan. “Across LATAM, it's different. For example, in Uruguay, which is the country beside us, they are not having any problems with Covid. In Chile and Peru the problem is getting bigger… and Mexico is more flexible.”
However, what they have seen across the board is an increase in clients looking to improve or even establish their ecommerce offerings and to speed up their digital transformation. The combination of that need, broader creative shifts and a culture of resilience across the region means that the pair are optimistic about the kind of creative thinking we will see.
“I think the story of the creative in Argentina is that we used to have very strong commercial films, long commercials but nowadays, I think that it has changed. You can see very good ideas that are bigger than ads, and not only in Argentina. I think that Brazil has amazing advertising. Colombia, Mexico and Peru won several Lions in the last Cannes Lions festival. So I feel that creativity is something that grows in a crisis. And we are Latin American, so we need to be creative! It is part of our DNA,” says Danny.
And for this dynamic duo, they’re excited about helping their people make the most of the creative opportunities ahead.
“I think that nowadays, in our countries, you open a newspaper, and it's full of briefs. You know, you have briefs everywhere. It's easy to think of something problematic to be solved that interest people!” laughs Patan.