Your Shot: How MullenLowe South Africa Paid an Animated Tribute to Farmers 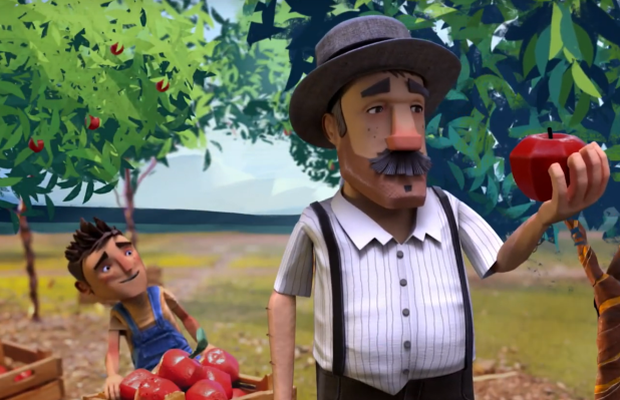 Last month, an equally charming and heartfelt follow-up was unveiled - ‘Old Macdonald Has a Farm’. It continues the narrative established in the first campaign, and once again puts the spotlight on ‘the people who feed people’ farmers.

It’s a stop motion film, which means that the production was painstaking. Miniature sets and objects were 3D printed and the team at animation company Bewilder went the extra mile to create something that felt as grounded and authentic as the farmers the film champions.

To get behind the scenes of the unique campaign, LBB’s Adam Bennett spoke to MullenLowe South Africa’s chief creative officer, Kirk Gainsford.

LBB> Where did the idea for this campaign come from, and how did it come to happen?

Kirk> Both of the films we’ve made for this campaign have dealt with the obvious and apparent lack of appreciation for farmers and farming. We, as a society, have not truly understood the role farmers play in our survival and progression. What is a humble calling is intrinsically link to growth and progression and we need to acknowledge farmers for what they do. The children’s nursery rhyme is a great place to start. It’s such a simple story about a farmer.

LBB> The animation is absolutely amazing - did you always know that an animated film is this style was gonna be right for this campaign?

Kirk> We wanted to do something that was organic in nature, as close as possible to nature. So the soil you see in the film is real soil and the jersey is actually knitted. Stop-frame animation is an incredibly time-consuming job, but the feel is very authentic.

LBB> What were your main aims and ambitions going into the campaign?

Kirk> To acknowledge and appreciate farmers. That’s it!

LBB> What kind of reception has the campaign received?

Kirk> Honestly, I was terrified by the task of creating a sequel. The first campaign was incredibly well received, we were blown away by the response from the industry about the production and craft and from the farming community about the story and its intent. So far, we have seen an amazing response to this beautiful, charming story!

LBB> Why was Old Macdonald the right choice to go with?

Kirk> It’s is such a humble and unassuming nursery rhyme, and many farmers are exactly that. The familiarity of it is simply a way to charm viewers into watching the story.

LBB> What were the biggest challenges and how did you overcome them?

Kirk> Doing number two is always tough, but over and above that, it took almost two years to produce, character development and the process of stop frame is incredibly time consuming and painstakingly hard. Our production partner Bewilder were as invested in it as we were. It’s incredibly difficult to take so long with something only to see the results of your labour months after you have done the work. You become very impatient and anxious. 2160 individual photos make up this story, when a breeze blows over the soil that has to be captured frame by frame, sometimes it takes hours to capture one frame.

I hope that the impact of the film is that people realise how important farming is and the role it plays in our lives.

Meet the Shortlist for the 2021 MullenLowe NOVA Awards

The Work That Made Me: Jose Miguel Sokoloff