Your Shot: How Stinkdigital & John Lewis Are Democratising Virtual Reality This Christmas 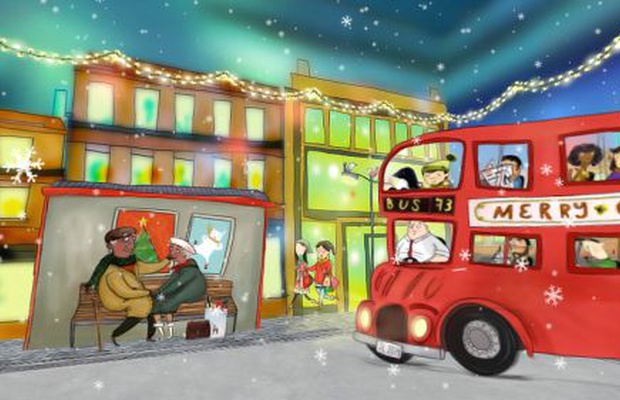 The big John Lewis holiday ad has become a highlight of the pre-Christmas warm-up. Monty the Penguin, the star of the 2014 effort from adam&eveDDB certainly dominated social media and, err, the news cycle last week. But while MPC’s stunning CGI caught our eyes and Dougal Wilson’s emotional storytelling tugged at our heartstrings, the thing that really sparked our imagination this year was John Lewis’ in-store activities. They and adam&eveDDB teamed up with Stinkdigital to create a version of Monty’s story which is also one of the most mainstream commercial virtual reality projects to date. ‘Monty’s Goggles’ use Google Cardboard and a Samsung Galaxy Tab S to allow children to explore the world of the campaign. It rolls out at stores across the UK and ties into a series of other activities, including an interactive story app and Monty merchandise. LBB’s Laura Swinton caught up with Jax Ostle Evans to find out more.

LBB> This looks like one of the largest scale VR projects yet – particularly in the UK – what sort of challenges did creating something to roll out in so many stores present?
JOE> We are thrilled to have produced a first of its kind VR experience using Google Cardboard, and what better time than for adam&eveDDB’s much anticipated John Lewis Christmas campaign? R&D and testing were fundamental to the success of the final execution. With any type of in-store experience or installation the technology must be robust and the key is to provide a solution that hides any complexity from the user. Simplicity is inherent in all of our experiences, but in this case it needed to be simple enough for people of all ages to understand, which was a really nice challenge. 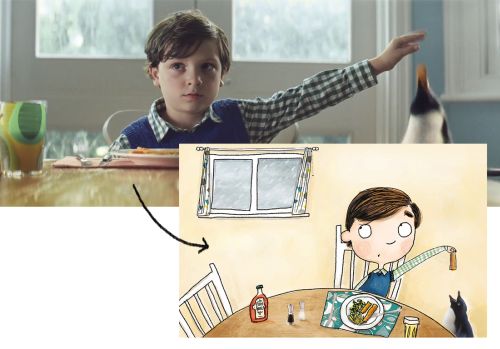 LBB> This project is going to allow so many people who have never experienced the current wave of Virtual Reality innovation to have a go – as yet it’s still quite a niche technology. On a personal level, what did it feel like to be bringing VR to the families of the UK?

JOE> Being able to share technology in such a fun, accessible and affordable way does feel rewarding. The broader audience can sometimes be wary of modern technology, so being able to develop an experience that reaches businesses, consumers and children, means we’ve cracked our ambition for this project. Hopefully we have set the bar high for future experiences using Google Cardboard.

LBB> What sort of time scale did you have to pull it all together?

JOE> Just eight weeks from award through to delivery. adam&eveDDB understood these timings were tight, but through close collaboration and an open relationship where we were able to solve problems together, we were able to deliver the experience in time for the launch.

LBB> How early on in the creative process did you get involved? And did you have to wait until the spot was shot or nearly finished before you could start storyboarding and building the experience or was it in tandem?

JOE> We got involved quite late in the process, but early enough to help solve how the creative should work within a 360 environment. We saw previews of the TVC in development and worked closely with the creative team, Rick and Dan, to ensure the interactive story aligned smoothly with the tone and emotion of the wider campaign. 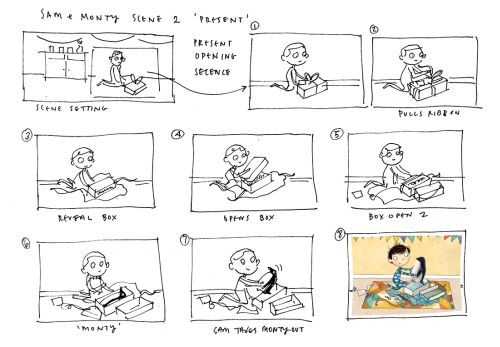 LBB> In terms of workflow and the way people with different skills work together, how does VR differ from creating, say, an online interactive experience?

JOE> Every job we produce requires pretty unique skill-sets - whether it is working with Stink’s film directors, our visual effects artists or developers - most of the underlying principles are the same.

From an interaction point of view, there were lots of great challenges to solve. For example, there’s no click or touch in VR, so we developed a technique that we called ‘linger’ where focusing on a character or object brought it to life.

Regular open communication is the most important thing when we’re working with new technology, both within the team and with the client.

LBB> In terms of the style, there’s a lovely ‘Charlie and Lola’ vibe to the visuals – who did you work with to design/illustrate it and why did that scratchy, crayon style work with the story?

JOE> We inherited the beautiful 2D style animation from a companion storybook app, which was already in production when we were briefed. We worked with a very talented illustrator called Catalina Echeverri and Steve Dell from adam&eveDDB who helped repurpose assets for the 360-degree environment. The ‘paper cut-out’ illustration style complimented the rudimentary construction of Google Cardboard perfectly and added charm to the overall experience.

LBB> Does presenting 2D illustration in a 3D environment present any extra difficulties?

JOE> Indeed, 2D assets can be tricky to manage in a 3D environment, so we needed to ensure we tailored the creative concept to the technical limitations. We worked with a fixed camera position in the centre of the 360 environment, to ensure characters and objects were only ever seen face-on.

As an example: when Sam and Monty are sledging, we originally intended to have them start at one side of the hill, where they would then circle back around. Here you run into the problem of seeing the sides of the characters and the back of a 2D object. So, instead of animating the characters in a static scene, we animated the scene around the characters, which still gives the impression of Sam and Monty sledging down the hill. The viewer is still able to view the entire 360-degree scene. When working with any technology for the first time, you have to be ready for anything and be fast with finding solutions.

LBB> Have you worked with Google Cardboard before? And what is it like as a VR platform to work on as opposed to something like Oculus Rift?

JOE> Funny you ask, Google Cardboard was only announced at Google I/O on 25th June 2014, and by 26th June our guys had already started building prototypes. We finish at 3pm on Fridays, but most of our team stay back and use the time for experimenting with emerging technology.

Both Cardboard and Oculus Rift are based on the same underlying principle of stereoscopic imagery. The main difference between the two is the graphics processing power. Oculus Rift is still a relatively niche, high-cost piece of hardware, and the idea of Google Cardboard was to take a step towards making VR accessible to everyone through their mobile phone. Cardboard is a perfect VR headset for a lightweight consumer experience like John Lewis. Oculus Rift is more suited to heavier graphic applications. We’re equally excited by the possibilities presented by both.

LBB> What are the key things that you’ve learned from being involved in this project?

JOE> People are truly amazed at how immersive and magical a story becomes when viewed in these devices - it’s a very intimate experience. With the addition of interactivity and sound the experience becomes addictive; you want to keep hunting and unveil new things. From a technology standpoint, it’s given us a chance to work more with WebGL and Unity; both of which we’re sure will become increasingly important to our workflow in the future. As ever, the most important thing is the creative idea. Using new technology is always exciting, but you need a good story, and thankfully we had that with Monty and Sam.

Check out the interactive story from the comfort of your PC here.

If You Don't Like Nike's 'Land of New Football', "Au Revoir"