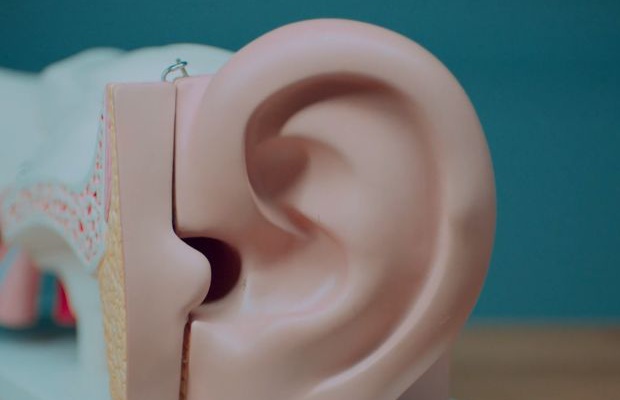 Over the course of six months J. Walter Thompson, steel brand Tramontina and Spotify have been working with a neuroscientist, a conductor and a chef to uncover the answer to the most synesthetic of questions: what does music taste like?
They’ve used this research and one clever artificial intelligence to generate recipes for every song on Spotify. Spotify songs have been classified in terms of tempo, energy, positivity and more, generating different flavour parameters – and those translate to a series of ingredients catalogued by chef Renator Carioni. Audio spots and display ads take users to a site where they can search their favourite songs.
It’s all an attempt to bring the cookware brand to a new audience of switched-on foodies and to polish up stainless steel and make it feel relevant in the 21st century.
LBB’s Kitty Norris spoke to executive creative director Rodrigo Da Matta about a campaign that brings a new meaning to the phrase ‘sing for your supper’.
LBB> What was the original brief from the client - what were they trying to achieve?
Rodrigo> Stainless steel was once revolutionary. It used to be modern. It used to be a sales success. Ultimately, it ‘used to be’. It no longer is. To leave the past behind and start building the Tramontina of tomorrow, we obviously had to target the future: youth. And that was our challenge. To rejuvenate the brand image and inspire young audiences to cook.
LBB> What was your starting point when developing this concept and how did you end up with the final idea?
Rodrigo> ‘Tramontina Stainless Steel. A world of possibilities.’ That was our creative starting point. A concept created to show that stainless steel is more than simply a pot. In fact, it's a huge line, with options for whatever recipe you can come up with. Okay! But how can I prove to young people that there are millions and millions of possible recipes? The answer is to merge worlds that have a great deal of affinity: the worlds of Music, Gastronomy and Technology. Bingo! And thus, the Flavour of Songs was born.
LBB> The original study took six months - were there any interesting revelations while you were conducting the research?
Rodrigo> In those 6 months, we studied a lot—really, really a lot. But, on the other hand, we also had a lot of fun. Every day brought a new discovery, both in terms of music and gastronomy.  And I think the most interesting revelation on this journey was to find that synaesthesia is more common than it seems. We found several people and several different types of this phenomenon. Believe me, we are all synesthetic to a certain degree.
LBB> How did you decide on the parameters for the ingredients - such as the positivity of a song becoming bitterness/acidity in food?
Rodrigo> Parameters relating musical aspects to those of culinary recipes were, in fact, based on Spotify's own parameters. Spotify, alone, compiles a series of data in order to classify the songs that make up its library. Our first step was to filter these parameters. Based on his scientific research, Dr. Marcelo selected 10 of them that better associate with synesthesia. Then, conductor João Rocha added further filters, reducing the number of parameters to only 5.
For example, "Dancing" is a Spotify parameter that says how happy, lively and ultimately hot a song is. Therefore, this parameter was correlated with the "Temperature" of the song. And so that's how it went with all four other musical parameters.
LBB> What did the AI have to learn in order to create the database? Did information come directly from Spotify?
Rodrigo> Yes. All information comes straight from Spotify. And each song comes with a huge variety of data: rhythm, instruments, vocal content, treble level, length, etc.
The first step was to teach the algorithm to correlate these musical parameters with the gastronomic parameters. In other words: translate the language of a musician into the language of a cook. And then, based on this translation, AI learned to combine the ingredients and create its own recipes. In fact, recipes that not even Chef Renato Carioni had imagined.
LBB> The original website is currently in Portuguese - I wondered if you had any plans to roll it out in other languages at all?
Rodrigo> Yes. Since Tramontina is a brand exported to several countries, this week we are going to launch the English version of ‘Flavor of Songs’.
LBB> And will the experience ever become analogue? Could there be a future cookbook?
Rodrigo> In this case, the most analogical and incredible experience is tasting. Therefore, in the future we intend to extend the project. The idea is to create a Tramontina restaurant where the menu will not have the names of dishes. It will actually be a playlist with songs for you to savour. How cool is that?
LBB> What were the biggest challenges and how did you overcome them?
Rodrigo> The size of the challenge was proportional to the size of the idea. And the idea here was to create an algorithm capable of turning any song into flavour, generating a total of over 40 million possible recipes. So the most challenging and time consuming part was assigning a note to each ingredient. One by one. A craftwork done by Chef Carioni. A task that lasted several weeks, since he had to classify each ingredient by it level of acidity, bitterness, texture, temperature and harmonisation.
LBB> Do you have a favourite recipe combination suggested by the algorithm? Were you happy with the recipe of your favourite song?! What is it?
Rodrigo> This project only gave us joy. So, the song that comes to my mind right now is exactly that of a musician who is synesthetic, Pharrell Williams.
'Happy' has the flavour of Duck Cannelloni with Passion Fruit Sauce and Sweet and Sour Beets. Yumm ... It made me feel like eating. (And dancing, too.)