Your Shot: Why This Ad Imagines Earth Standing Still for 96% of the Time 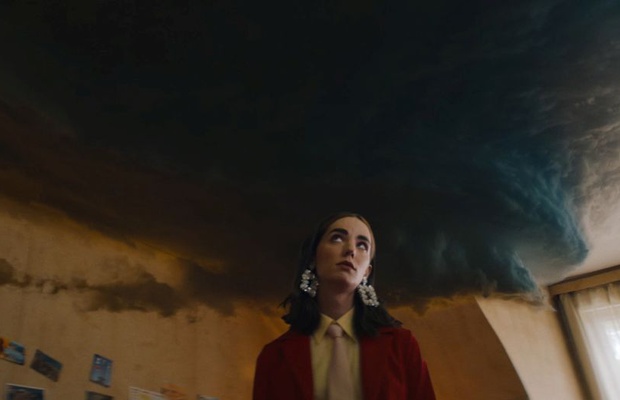 On average, cars stand still 96% of the time, clogging up cities, towns, villages and roads. Lynk & Co, a disruptive mobility solution with aims to shake up the automotive industry, has leant into this crazy stat for the launch of its European operations. The brand, which was launched in 2016 to give a new generation more flexibility when it came to car ownership, has marked its European launch with a creative partnership with HALAL. The project also marks an exciting moment for HALAL as it's the first time the Amsterdam company has not only been the production company on a campaign but also the creative agency.
With no previous brand work in the market, the launch campaign builds on Lynk & Co’s ethos and commitment to communities as a way to introduce the service. ‘96%’ presents the motivations at the very core of the brand’s existence, highlighting how the traditional automotive industry is part of the problem. When the world coincidentally was forced to stand still, it became a powerful starting point for the film and its introduction of Lynk & Co as a mobility brand in Europe. The project was launched earlier this week via a virtual event.
LBB's Alex Reeves spoke with Robin van der Kaa, VP marketing at Lynk & Co, and Caroline Koning, director at HALAL, to find out more.

LBB> What was the initial insight that ended up growing into 96%?

Caroline> It was actually quite literally an insight during a brainstorm conversation where a bunch of automotive facts were mentioned at the table. And then I heard the simple and awful fact that ‘96% of the time cars stand still’ and I was like: hold up, wait a minute, this is terrible. Let’s discuss this some more. It was truly an eye-opener. I thought no one would really know these facts; and I think it’s a strong suit for the brand to want to change this.

LBB> Why is Lynk & Co the best solution to the problem?

Robin> I think it would be quite arrogant to say we are the best problem to a quite big issue – it takes effort from all sides to move towards a more sustainable way of using mobility – but I feel the way we make sharing possible for people without putting more vehicles on the streets is unique. In an ideal world we would be able to replace multiple cars with just one without people having to decrease their easy access to mobility.

LBB> Initially, what were your thoughts on how you'd like to launch the brand?

Robin> Because sharing is such an integral part of our idea, my first thought when I started was to actively get involved on a grass roots level with the communities we want to be a part of. Initially we had big plans for local activations, presence at festivals and other gatherings where we could meet our users face to face. However, when Covid happened all these plans obviously went straight into the trash and we had to rethink our whole strategy on where we could communicate with our audience. On top of that we needed to completely rethink HOW we would communicate in such a situation – people were in a completely different mindset all of a sudden, and no one knew what the hell was going on a month or even week into the future. Our ‘solution’ was to be very agile and trust in our creativity and possibilities to move quickly, trusting on pure human gut feeling.

LBB> And how did that lead to collaborating with HALAL?

Robin> Both Joel Winckler, our brand director, and myself come from an agency background, and it became clear very early that using a more traditional model just wasn’t going to work for us as a company, and especially in this new reality. If we claim to be as disruptive as we say we are, why would we go through the same road as every other car brand with their agency set up? We didn’t want to waste valuable time and energy going through account managers or brand strategists (with all due respect to the many awesome account managers and brand strategists I’ve worked with in the past…). We are living and breathing the brand every day, and we didn’t need anyone to tell us who we are – we wanted to be able to work in a more direct way with creative minds, and see all the blood, sweat and tears we put in on the screen in the end, and not in overhead costs. With this mindset the choice for HALAL was very easy – we simply choose to work with some of the most creative, forward thinking and dedicated people we could find, and HALAL’s work speaks for itself. I can’t even begin to explain how happy I am we made that choice looking back.

LBB> What was the process of creating the campaign?

Caroline> It was a fast and fun one. Fast as in, we didn’t have that much time before the brand launch was planned. But basically, we had to start from a blank canvas. It’s a new brand, it’s a new car, a new business model, a new campaign. This gave us so many opportunities. Which is a great thing to work with, but also a difficult one. It’s a pitfall to squeeze too many messages into one; which makes it cluttered for the new eyeballs. So therefore we decided to continue with the simple idea that Lynk & Co wants to drastically lower the number of 96%. These things are designed to move, not to stand still. Our cities shouldn’t be polluted with these ‘metal statues’, as we refer to them sometimes. Imagine how we can design those spaces and make it more liveable for the community!
Robin> We started with talking to Roel Oude Nijhuis and the team at HALAL, and got the core team together to work on strategy and core ideas. It was great to have so many talented people from HALAL’s network involved in this – I can’t even begin to name them all. In the end I feel we developed a framework and then trusted the creative mind of Caro (and Lotte van Raalte for the tease campaign!) to take the ball and run with it. Creating this campaign was the work of many, many people, but I very much believe creating the space for creative minds to roam freely within the framework gets groundbreaking results.

LBB> What were the most important decisions in that process?

Caroline> I guess it’s trusting each other. We’re a new team, it’s a new brand in Europe, so there was lots to figure out. All the other decisions are the usual ones, which makes it sound condescending, which I don’t mean. Casting and locations were very important for this campaign.
Robin> Trust creativity. Trust the choices you make. Trust your partner. Enjoy what you’re doing.

LBB> How would you characterise the collaboration between you?

Robin> I feel privileged we were able to work alongside so many incredible people on this project. I hate to be the client that sees their agency once every two weeks and just give a thumbs up or down. This was a collaboration in every sense of the word. We fought for ideas together, we laughed together, we had intense discussion, and we all looked at the end result extremely proud and happy together.

LBB> What have been the biggest challenges and how did you respond? Presumably the pandemic changed things... I'm sure there were others too though.

Caroline> I think it’s important to adapt in these times, and not to think too often about ‘how it was’ or ‘how it could have been’. It’s better not to get stuck in the ‘what if’ questions. Just roll with whatever you have. Luckily when we were shooting there were barely any restrictions (they had a really low number of cases, which allowed us to operate quite freely).
Robin> I think the biggest challenge was to get the way we needed to communicate in a changing environment right. Obviously people are distressed in such an insecure time, so how could we work with that new reality – also in our own lives of course. We wanted to be positive and hopeful but not pretend like nothing is going on. I think capturing that balance was a challenge, but I feel we succeeded.

LBB> How did the launch go? What are your main reflections on it?

Robin> Great! Besides some minor technical difficulties at the moment supreme the response has been incredible –  around 50,000 people have seen the launch film at this moment, which is more than we expected to see it so quickly. And the reaction to the creative work has been incredible… I can’t even begin to count random messages I got about it from total strangers. It’s been amazing.