Zulu’s founder launches 20Doors, a creative scholarship fund to help aspiring BIPOC students get their foot in the door of the ad industry 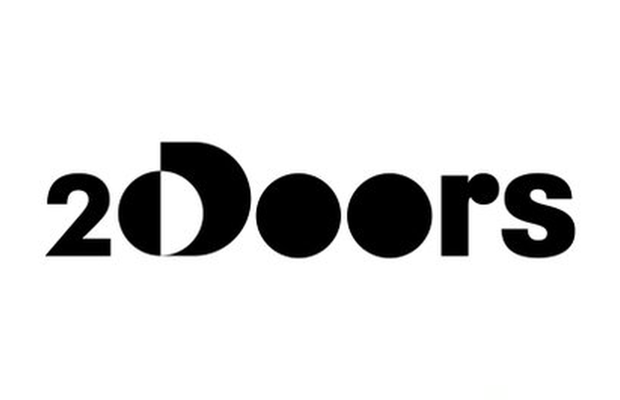 With the goal to help drive greater diversity and inclusion in the industry’s creative ranks, Zulu Alpha Kilo’s founder and chief creative officer Zak Mroueh has created the 20Doors Scholarship Fund – a programme designed to give 20 aspiring BIPOC students over the next five years the education and mentorship necessary to start a successful career as a creative in the industry.

When starting out his career in the late 1980s, Mroueh faced a number of barriers himself to landing a creative job in advertising. In fact, Mroueh was told he’d never make it in the business because he didn’t have the right credentials, background or connections to get his foot in the door.

Without knowing anyone connected to the business, the road to launching a successful creative career in advertising wasn’t a straightforward one. Despite many rejections, Mroueh learned hard work and perseverance goes a long way to building a successful career. After applying to hundreds of agencies across Canada, he got his first job in the mailroom of Saatchi & Saatchi Toronto and eventually landed a copywriting job at the Sears catalogue. After these humble beginnings, two years of perseverance and endless cover letters, he finally got his first break and went on to a successful career at agencies, including SMW (now Publicis), Chiat/Day and BBDO, eventually becoming a partner and CCO at TAXI for nearly a decade.

In 2008, he founded Zulu Alpha Kilo, which he quickly established as one of the world’s leading independent shops, winning accolades like Ad Age’s Small agency of the year (2016) and International Small Agency of the Year (2017). Mroueh was also featured as one of Forbes Top 100 Innovators of 2018.

And now Zulu’s founder wants to give back to an industry that he is very passionate about by opening the door for 20 of the best and brightest minds he can find. Diversity and inclusion is a hot topic in every agency today, but Mroueh felt he wanted to take a measurable action that can impact the underrepresentation in creative departments.

“As an industry and an agency, we’re all striving to do better and have greater BIPOC representation.” says Mroueh. “Our industry is underrepresented versus Canada on the whole. One of the reasons BIPOC students may not be choosing our industry is that they don’t have a way in or leaders they can identify with or be inspired by. With the scholarship fund, I want to help break down that barrier by opening 20 doors.”

The 20Doors Scholarship Fund will support BIPOC college or university graduates who never really thought about a creative career in advertising or ever considered it as an option.  Each year, 20Doors will award 4 BIPOC candidates with tuition funds to complete a year-long undergraduate college advertising program in copywriting or art direction. In addition, Mroueh will also work directly with the 20Doors scholarship recipients to provide mentorship and coaching as well as open up access to other senior creative leaders at the agency. 20Doors will help build complementary skills during their studies and broaden their professional networks - which ultimately provides them with that all important ‘in’.

“Humber College is a strong supporter of the 20Doors Scholarship Fund initiative. We hope that others can follow the example set by Zulu and take positive steps in increasing accessibility in education for the BIPOC community,” said Moriba Baker, Associate Dean at Humber College.

“We need every agency and company joining this initiative, it’s the only way to bring real impact. Being a person of colour in the industry myself, this scholarship fund means the world to me,” says Aman Gulati, Director of Toronto’s Miami Ad School

Mroueh adds, “The goal is to inspire the next generation of BIPOC leaders and create a pipeline of diverse creative talent for generations to come. We want them to join and shape our industry for the future.”

Throughout his career, Mroueh and his shop have had a strong track record identifying and championing young talent.  He abolished unpaid internships and instead created the Zulu $40K a Year Employeeship Competition. Recent graduates of university and college advertising programs were hired on the spot after a day long, and fully paid, creative bootcamp. No internship required. Although not a mandate at the time, 50% of Zulu’s past Employeeship winners have been BIPOC.

“The goal is to make these creatives the envy of the industry and set the highest creative bar,” adds Mroueh. “If just one of these 20 doors leads to the next big-name writer, art director or one day founder of their own shop, maybe it will inspire the next generation of BIPOC talent to consider our industry.”

Mroueh feels this endeavor is critical to the industry’s continued success, “The more we all invest in talent, the stronger our industry will be. All it takes is for every agency to do their small part.”

Zulu Alpha Kilo has been championing diversity and was one of the first shops to sign the ‘Call for Equity” letter issued by POCAM (People Of Colour in Advertising & Marketing). In December, the agency published its first Diversity & Inclusion Report to the industry to track how it’s doing publicly. Zulu’s second Diversity & Inclusion Report will be shared later this year. https://www.zulualphakilo.com/diversity-and-inclusion-report/